By Medha Singh and Sinéad Carew

-Former U.S. President Donald Trump’s deal to create a social media app after Twitter Inc and Facebook Inc barred him won an exuberant endorsement from investors, with shares in a shell company backing the plan closing up more than 350% on Thursday after rising more than 400% earlier in the day.

Trump Media and Technology Group and Digital World Acquisition Corp, a Special Purpose Acquisition Vehicle (SPAC), announced on Wednesday https://www.reuters.com/world/us/former-us-president-donald-trump-launches-new-social-media-platform-2021-10-21 they would merge to create a social media app called TRUTH Social. Trump’s company said it plans a beta launch – unveiling a trial version – next month and a full roll-out in the first quarter of 2022.

SPACs use money raised through an initial public offering to take a private company public. This deal’s announcement lacked the trappings of the detailed business plans Wall Street is accustomed to in SPAC mergers, from naming a leadership team to giving detailed financing earnings and projections.

Even so, shares of Miami-based Digital World closed up 356.8% at $45.50 a share on Nasdaq after soaring more than 400% earlier in the session. At the closing price, its market capitalization stood at $1.47 billion, up from $321 million on Wednesday.

With volume of more than 477 million shares, it was the most actively traded stock on the exchange, drawing chatter on forums such as Reddit, where retail investors have driven so-called meme stocks to values not supported by mainstream financial analysis. On Twitter and Stocktwits, some users cheered the rally with posts displaying rocket ships and GIFs of Trump.

The venture may provide the first real test of the power of right-wing social media https://www.reuters.com/technology/what-is-trumps-new-venture-what-are-its-odds-success-2021-10-21 with the full force of Trump’s support. Questions remain about how it plans to make money and avoid the same issues that led major social media platforms to banish him.

Some investors marveled at the rally and wondered whether the gains would last.

“I have never seen anything like this, such share reaction based on hopes and dreams,” Kristi Marvin, a former investment banker who founded research firm SPACInsider, told other investors on a Twitter Spaces discussion.

Others said the market reaction reflected support for Trump as well as a bet that a platform with him would draw followers.

“Up to this point there hasn’t been a publicly traded vehicle for those that support the former president,” said Jake Dollarhide, co-founder of Longbow Asset Management in Tulsa, Oklahoma.

Michael O’Rourke, chief market strategist at JonesTrading in Stamford, Connecticut, said not just Trump supporters but also opponents, media and investors would want to get on the platform to keep track of what Trump says.

Still, its future is far from certain. Digital World, led by former investment banker Patrick Orlando, has launched at least four SPACs and plans to launch two more but none of them have completed a deal yet. Orlando did not immediately respond to requests for comment.

People close to the Republican former president, speaking on condition of anonymity, have said Trump has sought to set up his own social media company since leaving the White House. Trump, contemplating another White House run in 2024, has been frustrated that he does not have a direct and unfiltered connection with his millions of followers after Twitter and Facebook barred him, these people said.

Social media giants suspended Trump’s accounts after his supporters rioted at the U.S. Capitol on Jan. 6 following an incendiary speech he gave repeating false claims that the 2020 election was stolen from him through widespread voting fraud.

Twitter found that Trump posts violated its “glorification of violence” https://blog.twitter.com/en_us/topics/company/2020/suspension policy. Facebook found that Trump praised violence https://about.fb.com/news/2021/06/facebook-response-to-oversight-board-recommendations-trump in connection with the deadly attack in which rioters sought to block the formal congressional certification of his election loss to President Joe Biden.

In a press release announcing the deal, Trump said, “I’m excited to soon begin sharing my thoughts on TRUTH Social and to fight back against Big Tech.”

Trump Media said it would receive $293 million in cash that Digital World Acquisition had in a trust if no shareholder of the acquisition firm chooses to cash in their shares.

The soaring share price could increase the likelihood of a deal closing. Investors in the SPAC must eventually choose whether to redeem their shares at the IPO price of $10 per share, which is now much lower than the level at which what many would have bought.

Attempts to float alternatives to Twitter and Facebook have faltered in the past. Parler, a social media app backed by prominent Republican Party donor Rebekah Mercer and popular with U.S. conservatives, had several tech companies cut ties with it https://www.reuters.com/technology/parler-returns-apples-app-store-names-new-ceo-2021-05-17 after the Jan. 6 riot.

GETTR, a Twitter-style platform started by former Trump adviser Jason Miller, claimed more than 1.5 million users in its first 11 days after being launched https://www.reuters.com/world/us/former-trump-aide-miller-launches-social-media-site-gettr-2021-07-01 in July. Miller was unable to get Trump to join the platform. 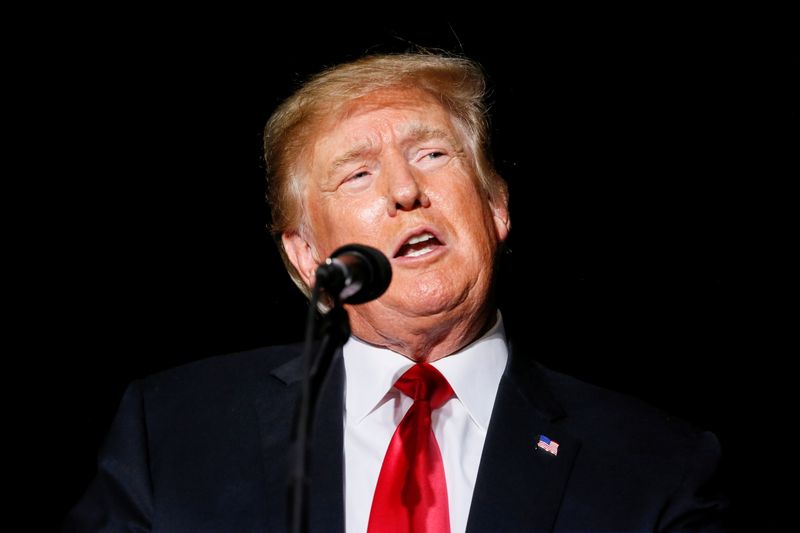