WASHINGTON – U.S. Senator Joe Manchin, a centrist and a stumbling block to Democratic President Joe Biden’s ambitious social agenda, acknowledged on Thursday having discussed leaving the party if his Democratic colleagues considered his stance “an embarrassment.”

A day after dismissing as “bullshit” a Mother Jones report that he was considering it, Manchin told reporters he had discussed the possibility of becoming an independent “if I’m an embarrassment to my Democrat colleagues, my caucus, the president being the leader of the Democratic Party.”

“I said, me being a moderate centrist Democrat, if that causes you a problem, let me know and I’d switch to be an independent. But I’d still be caucusing with Democrats,” Manchin said. “That’s the only thing that was ever discussed. No one accepted that.” He did not specify the colleagues by name.

Manchin spoke as Democrats struggled to reach agreement on a Biden social agenda that is likely to be reduced from $3.5 trillion to below $2 trillion, as a result of opposition from Democratic moderates including Manchin and Senator Kyrsten Sinema.

The Senate is split 50-50 between Democrats and Republicans, with Vice President Kamala Harris, a Democrat, casting the tie-breaking vote, giving Manchin and Sinema powerful sway over the direction of legislation.

As a senator from West Virginia, a conservative state that relies on coal and has largely backed Republican politicians in recent years, Manchin has been at odds with many of his fellow Democrats over key aspects of Biden’s agenda, including its climate change provisions.

Mother Jones had reported on Wednesday that Manchin would first resign from his Democratic leadership post in the Senate and then register as an independent if Democrats did not scale back the spending bill further.

The Senate has two independent lawmakers who caucus with Democrats: Senators Bernie Sanders and Angus King. 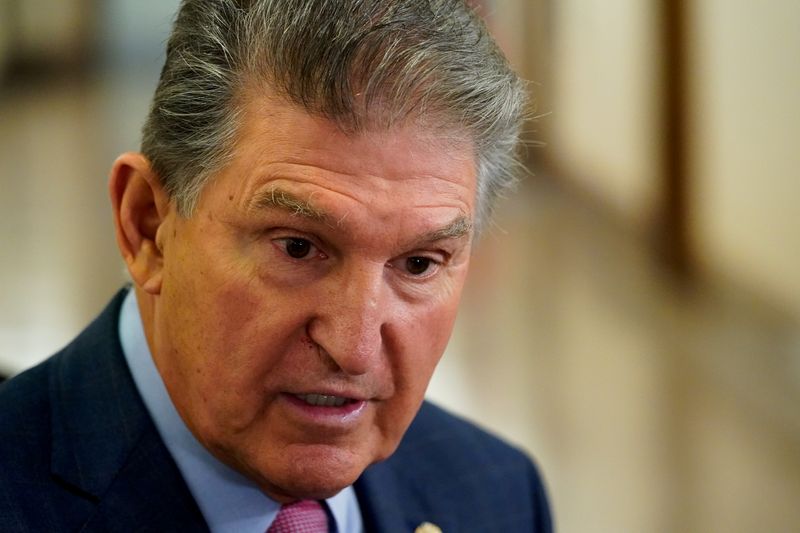