LONDON – JPMorgan plans to keep lending to the fossil fuel industry to help it transition to a low-carbon economy, despite campaigner calls for banks to phase out financing to the sector, an executive said on Thursday.

Chuka Umunna, who heads the bank’s environmental, social and governance-related activities in Europe, the Middle East and Africa, said oil and gas companies were “part of the solution” to climate change and would need support to develop renewable energy technologies.

“Of course we want to see as many new and funky renewable energy companies coming to the market, but they… do not have access to the scale of capital investment that would be required for us to, overall, ‘green’ (the world’s) economies,” Umunna told the Reuters ESG Investment Europe 2021 conference.

The commitment to fossil fuels comes as an energy crisis grips markets across Europe and governments worry about the potential for blackouts over the northern hemisphere winter.

It also follows a landmark report from the International Energy Agency calling for no more fossil fuel projects to be developed after the end of this year, if the world wants to reach its climate goals by mid-century.

In response, Dutch lender ING said it would look to align its business with the more ambitious net zero pathway, while French lender La Banque Postale said it planned to withdraw all financing from the oil and gas industry by 2030.

Umunna said the bank would constantly “evaluate and recalibrate” its targets, but would not commit to changing them straight away, given it had only laid out a plan on financing the oil and gas industry earlier this year.

Under the plan, JPMorgan said it would cut the portfolio-weighted average carbon intensity of clients in the sector – a measure of emissions per unit of revenue – by 35% by 2030 for Scopes 1 and 2 – from companies’ own operations; and by 15% for Scope 3 emissions, from the use of their products.

Pulling out of the sector too quickly would hit the world’s poorest the hardest, he added.

“If we took out oil and gas right now, we don’t have renewables at scale to replace that energy need and what will end up if we were to do that immediately this year, what would we see happen? We’re probably likely to get blackouts and, frankly, the people who will suffer most are the world’s less well off.”

As global leaders gear up for the next round of climate talks in Scotland from Oct. 31, Umunna – a former politician for Britain’s opposition Labour Party – said politicians needed to secure greater support for policy changes that will be needed.

“You know, the majority of the UK does not agree with Greta Thunberg. As much as… I think she’s a fantastic advocate (and) I agree with a lot of what she says, I think many business leaders do too, but we have to get a consensus for action here and we have to show that everybody stands to benefit from this.” 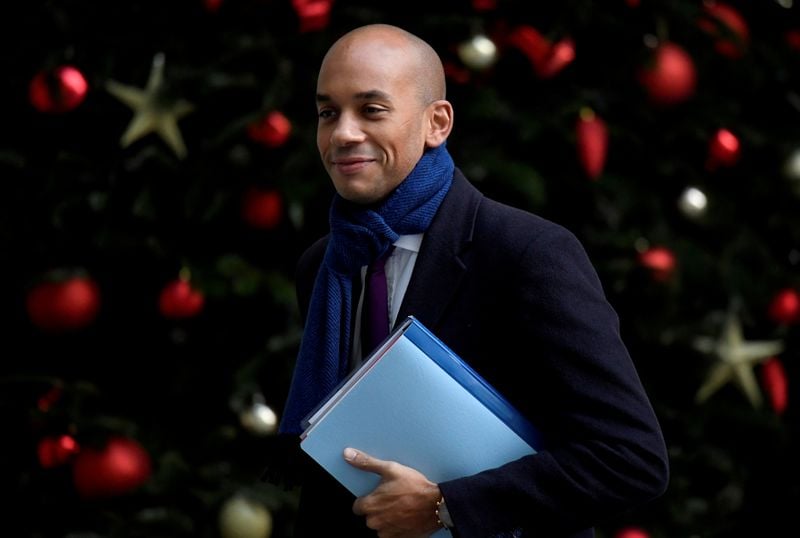