The railroad’s Intermodal Container Transfer Facility (ICTF) last week added roughly 20 hours in the early mornings on Sunday and Monday to take the facility to round-the-clock operation. The move supported the Biden Administration’s plan to ease snarls at the Southern California ports that process roughly 40% of the container cargo that enters the country.

But so far, it hasn’t made a big dent.

“We’ve seen four dozen incremental domestic intermodal loads come through,” Fritz said in a Zoom interview. “It helps somewhere, and it will stay open 24/7 if that’s what it needs.”

Union Pacific executives and other logistics experts say that a shortage of available warehouse space and port and long-haul truckers are stymieing efforts to keep up with the surge in cargo to the United States – where the world’s most avid consumers have been buying more goods than ever due to pandemic-related curbs on travel and entertainment.

Union Pacific on Thursday reported a 6% decline in third-quarter volume for its intermodal business, which handles freight that moves by two or more modes of transportation – sea, rail or truck. Fritz told analysts that drop was due to shortage of port truckers to support the operations. 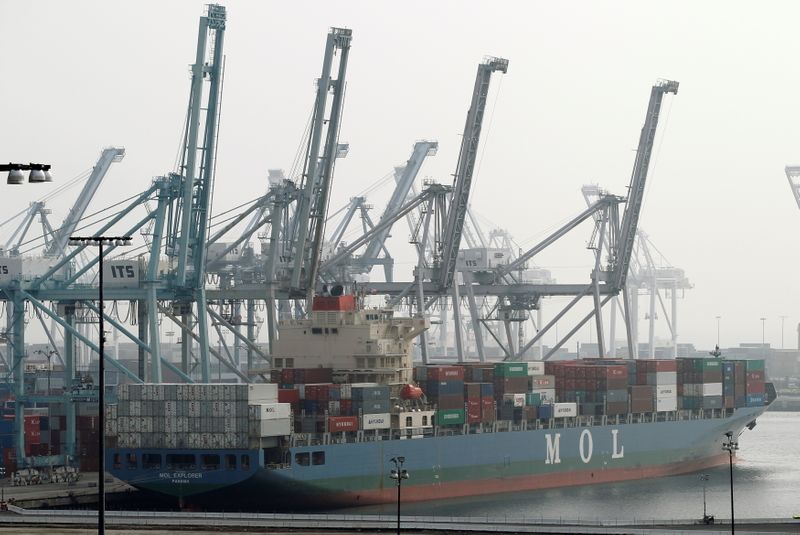