-Valero Energy Corp predicted on Thursday low inventories and a recovery in fuel demand to pre-pandemic levels could support higher refining margins, shrugging off a recent rally in crude prices.

Gasoline and distillate consumption in the United States is back in line with five-year averages after more than a year of weak demand due to the pandemic that had also knocked refining capacity offline.

“Looking ahead, we continue to have a favorable outlook on refining margins as a result of low global product inventories, continued demand recovery and global balances supported by the significant refinery capacity rationalization seen over the last 1.5 years,” Chief Executive Officer Joe Gorder said.

The bullish prediction could bode well when other major refiners, including Marathon Petroleum and Phillips 66 report in coming weeks.

Total U.S. light product inventories are at five-year lows, while demand is over 95% of 2019 levels, the company said in a call with analysts, forecasting gasoline and diesel consumption to return to pre-pandemic levels in 2022.

Valero said its refining throughput, or the amount of crude it processed, rose 13.4% to 2.86 million barrels per day (bpd) in the quarter.

The company’s shares rose 2.3% in morning trading, before paring gains. They have risen about 47% so far this year.

Excluding items, Valero posted a profit of $1.22 per share, beating analysts’ average estimate of 92 cents per share, according to Refinitiv IBES.

(Reporting by Arunima Kumar in Bengaluru; Editing by Arpan Varghese) 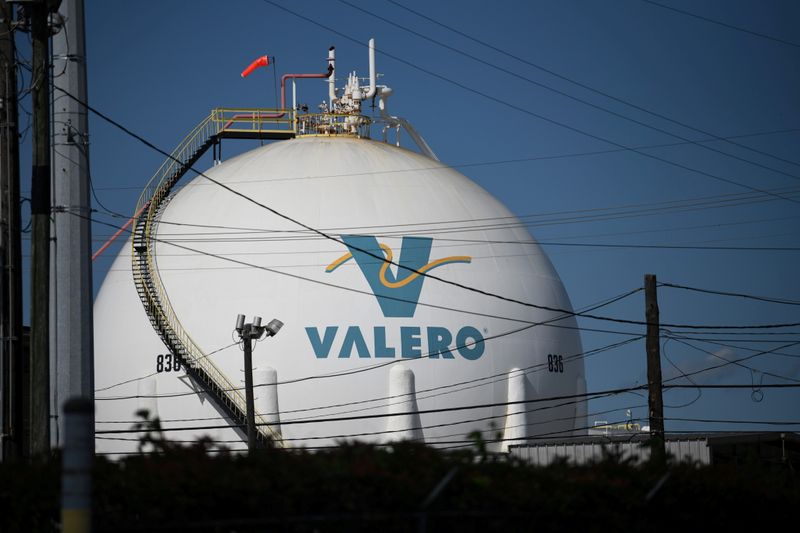