By Trevor Hunnicutt and Nandita Bose

In a wide-ranging CNN town hall in Baltimore, Biden said he was close to striking a deal to pass major spending measures after weeks of intraparty bickering among his fellow Democrats.

However, he said that raising corporate tax rates, one of his most oft-cited promises, was unlikely to be part https://www.reuters.com/world/us/white-house-tells-democrats-corporate-tax-hike-unlikely-congressional-source-2021-10-20 of the legislation. A separate minimum corporate tax proposal could fund the social programs that are at the heart of his domestic agenda, Biden said.

When asked about voting rights, Biden expressed support for changing the Senate filibuster tradition, which requires 60 of 100 U.S. senators to agree on most legislation. That hurdle has left the Democratic party powerless on key social issues given their narrow majority. It “remains to be seen” whether he planned to do away with the filibuster altogether, Biden added.

Taxes were a central issue in Biden’s social spending plan, which is the subject of pitched debate on Capitol Hill and in the White House as negotiators look for the sweet spot between progressives wanting an array of new programs and moderates worried about the cost.

The tax compromise could help sell the plan to Senator Kyrsten Sinema, who has expressed concern about Biden’s plan to raise corporate taxes after the Trump administration slashed them from 35% to 21% in 2017.

Sinema and Senator Joe Manchin, both moderate Democrats, have been pushing for a smaller package and have opposed some elements of the bill.

Negotiations now center around four or five issues, Biden said. He later said a clean energy performance plan has not been dropped, adding that Sinema is “very supportive” of his environmental agenda.

Biden struck a confident note on his $1 trillion bipartisan infrastructure deal and a separate, social spending plan expected to cost under $2 trillion.

When asked whether Democrats were close to a deal, Biden said: “I think so.” Later, he added: “If we can’t eventually unite this country, we’re in deep trouble. … I do think I’ll get a deal.”

When asked by CNN’s Anderson Cooper whether he would consider “fundamentally altering” the filibuster to ensure voting rights reform is passed, Biden said: “And maybe more.”

Biden spent 36 years in the Senate and had previously said he opposed changes to the filibuster tradition but earlier this month said he was open to a one-time change when faced with the risk of the federal government defaulting on its debt.

Some Senate Democrats this year have suggested changing the rule in the face of Republican opposition in the narrowly-divided chamber.

On the spending bill, Biden said he could use tax incentives instead of an electric grid proposal to reach climate goals. Manchin, Biden added, is open to such incentives.

Biden said “it would be a reach” for his spending bill to include provisions that help with hearing aids, dental and vision benefits together.

Pressed about the importance of education, Biden said he still expected free community college, which was scrapped https://www.reuters.com/article/us-usa-biden-infrastructure-democrats-idUSKBN2HB23B from the spending package, in the next several years.

Cooper asked the president how his wife, Jill Biden, a community college professor, had reacted to the measure being dropped from his social spending initiative.

“Well, the White House has a lot of bedrooms,” Biden joked. 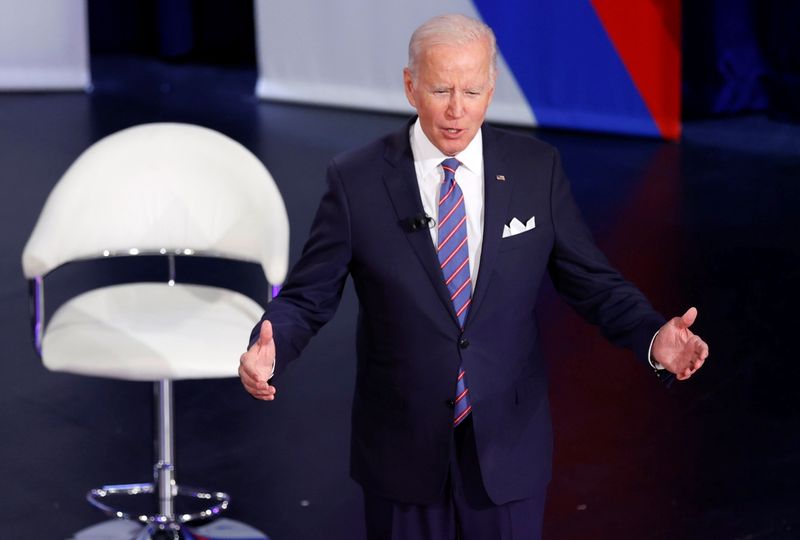 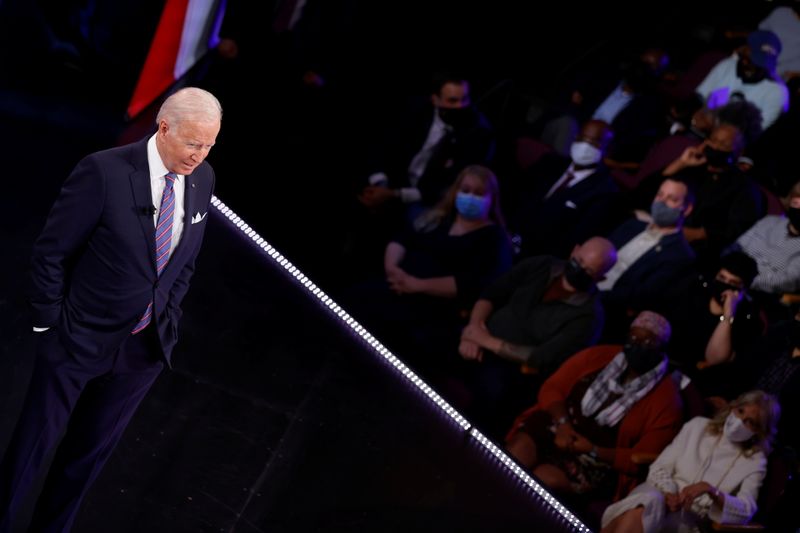 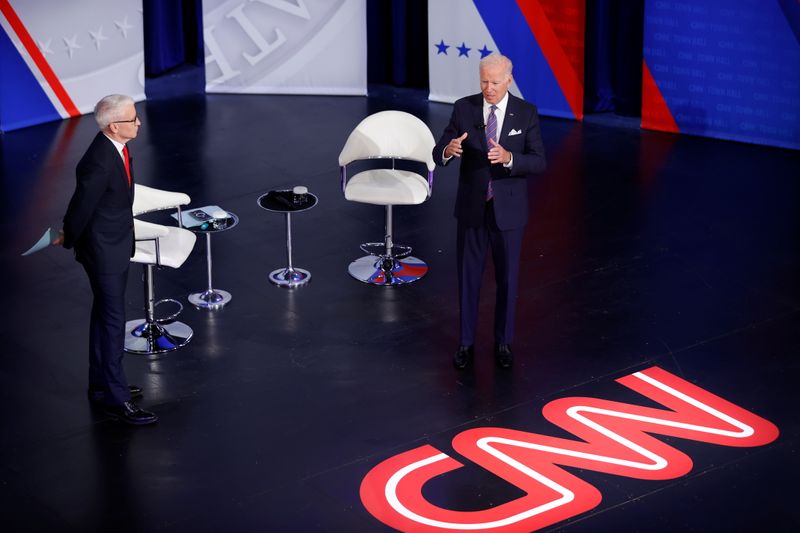 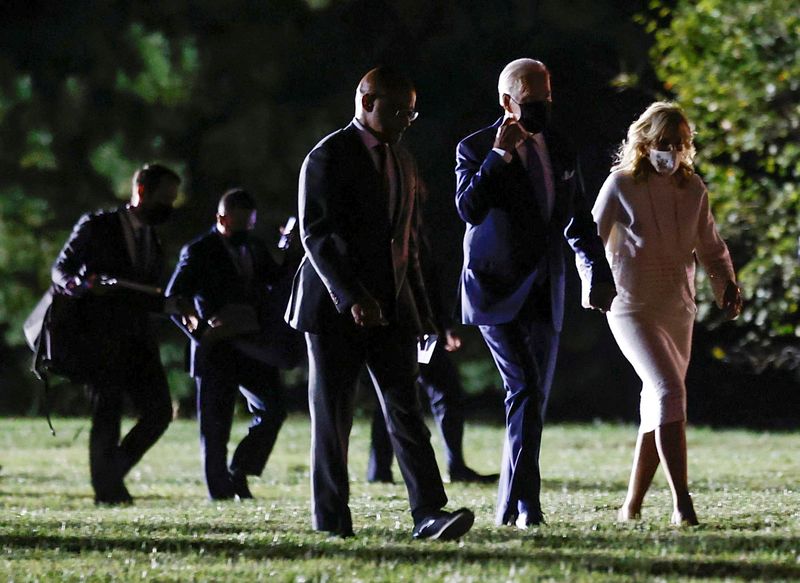