– American actor, writer and film producer Alec Baldwin fatally shot a cinematographer and wounded a director when he discharged a prop gun on the sets of the movie “Rust” in New Mexico on Thursday, authorities said.

Here are five facts about Baldwin:

Alexander Rae Baldwin III, the eldest of four actor brothers, first came into prominence in the 1980s in CBS’ primetime soap “Knots Landing”. He has starred in numerous films and TV shows, gaining awards and recognition, including as Jack Donaghy in NBC sitcom “30 Rock” and salesman Blake in “Glengarry Glen Ross”, the screen adaptation of David Mamet’s 1984 Pulitzer Prize-winning play.

HOW DID TRUMP HELP HIS CAREER?

Now 63, Baldwin made a major push towards a career in comedy when he took over as Donald Trump on “Saturday Night Live” ahead of the 2016 U.S. presidential election. His impersonations of Trump on the NBC show earned him a big fan following, and also scorn from the former U.S. president. Baldwin has acknowledged that the show helped revive his “dead” comedy career. It also brought him his third Emmy.

HOW WAS HE CONTROVERSIAL?

Baldwin has at times been portrayed by some U.S. media as hot-headed and offensive. His late night talk show “Up Late with Alec Baldwin” was axed in 2013 after he apologised for comments that a gay rights group described as homophobic.

The actor has had run-ins with the law too. He was charged in 2018 after a fight over a New York parking spot. And in 2014, he was given a summons for disorderly conduct after an argument with police who stopped him from riding his bike down a one-way street in New York.

WHAT ABOUT HIS PERSONAL LIFE?

Baldwin was married to actor Kim Basinger for nine years, and they were involved in a bitter and protracted court battle before divorcing in 2002.

In 2012, Baldwin married yoga teacher Hilaria Thomas, who is 26 years his junior.

He has seven children. 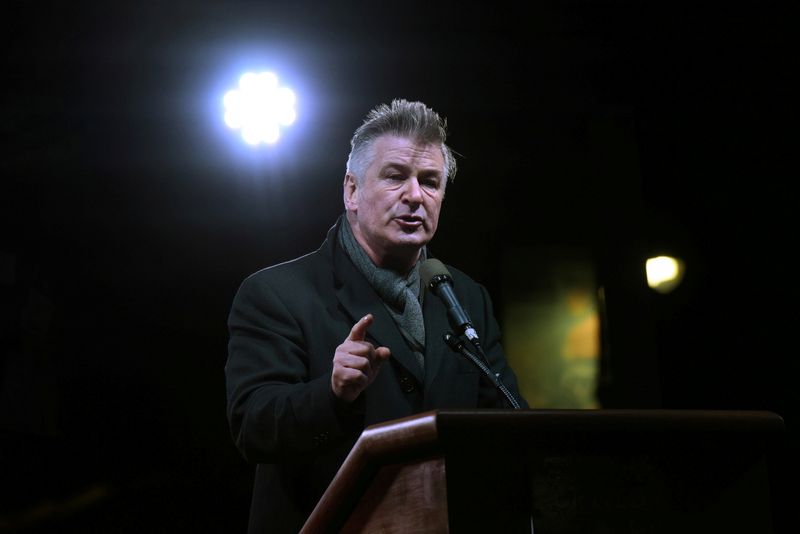 FDA identifies recall of Emergent’s decontamination kits as most serious