NEW YORK – A jury is expected to begin deliberating on Friday in the case of Lev Parnas, a former Rudy Giuliani associate who is accused of violating U.S. campaign finance laws by concealing the source of donations to politicians.

“It is plain as day that these defendants agreed to donate Muraviev’s money to U.S. political campaigns,” Assistant U.S. Attorney Hagan Scotten said.

A Muraviev associate, Ukraine-born U.S. citizen Andrey Kukushkin, is being tried alongside Parnas.

In his closing statement, Parnas’ attorney Joseph Bondy characterized his client as a passionate proponent of marijuana legalization who was “in well over his head.” He argued that Muraviev’s money funded business operations, not campaign contributions.

Gerald Lefcourt, Kukushkin’s attorney, said his client was focused on the cannabis business and not involved in campaign contributions.

Parnas’ onetime business partner, Belarus-born U.S. citizen Igor Fruman, pleaded guilty in September to one count of soliciting a campaign contribution from a foreigner. His sentencing is scheduled for Jan. 21.

Giuliani’s attorney has said the Parnas case is separate from a probe into whether the former federal prosecutor and New York City mayor violated lobbying laws while representing Trump.

Giuliani has not been charged with any crimes and denies wrongdoing. 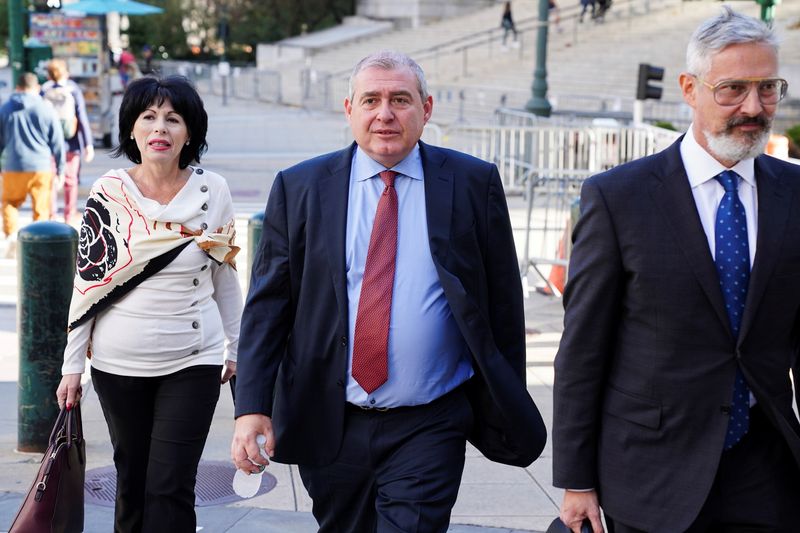