BERLIN – Angela Merkel encouraged more women to get involved in German politics as she prepared to leave office after 16 years as the country’s first female chancellor, saying it was still too male-dominated and needed to get with the times.

And Merkel, who inspired women around the world as leader of Europe’s largest economy, showed her typical no-nonsense flair as she answered a wardrobe-related question from Sueddeutsche Zeitung that probably would not have been asked of a man.

“I don’t give clothes to museums,” the 67-year old said when asked if she would give any of her trademark colorful blazers to a museum. In the broad-ranging interview, she noted that she instead donated to used clothes collection points.

Worries Merkel’s departure could spell a dearth of women https://www.reuters.com/world/europe/germanys-spd-want-female-bundestag-president-2021-10-20 in top political offices and accusations of sexual misconduct at media company Axel Springer https://www.reuters.com/business/media-telecom/germanys-axel-springer-dismisses-top-bild-editor-after-media-reports-2021-10-18 sparked a heated debate this week about gender inequality and sexism in Germany.

“We’ve still not managed to enthuse enough women for politics,” Merkel said. “In general, more work needs to be done so women gain more confidence. Because even when there are women, it’s not like they for wrestling for example for the party chair.”

Gender parity could become a point of contention in the formation of the next government with the three parties currently in formal coalition talks divided over the matter.

Analysts say sexist attitudes and structural barriers also play a role. During the recent federal election campaign, the Greens candidate for chancellor complained sexist scrutiny https://www.reuters.com/world/europe/greens-candidate-german-chancellor-says-sexist-scrutiny-holding-her-back-2021-07-08 was holding her back.

A rare woman in the upper echelons of her conservative, male-dominated Christian Democrats (CDU), Merkel long avoided casting herself as a feminist. For instance, she lagged other politicians in supporting policies pushed by feminists like boardroom quotas for women.

Yet in 2018 she publicly pressed the CDU to attract more women to their ranks or else lose their status as one of Germany’s two big popular parties, or ‘Volksparteien’.


The CDU/CSU conservative bloc achieved its worst national election result last month, due to a variety of reasons.

Merkel, who did not stand for re-election, will most likely now be succeeded as chancellor by Olaf Scholz, current vice chancellor and the head of the centre-left Social Democrats (SPD), which won the most votes.

She told the Sueddeutsche Zeitung she still did not yet know what she would do when she left office although she had always been able to find ways to keep busy.

Known as a skilled deal maker, Merkel said she was “thoroughly concerned” about the growing difficulty in the European Union to keep forging compromises amid a rise in nationalism and a lack of agreement about the bloc’s purpose.

On her handling of the pandemic, the chancellor who has a doctorate in quantum chemistry said the scientist within her was at war with the politician. Last year, for example, she wanted to impose a lockdown preventatively but had to wait until it was politically feasible as cases were rising.

“But that’s politics: we need majorities for our decisions.” 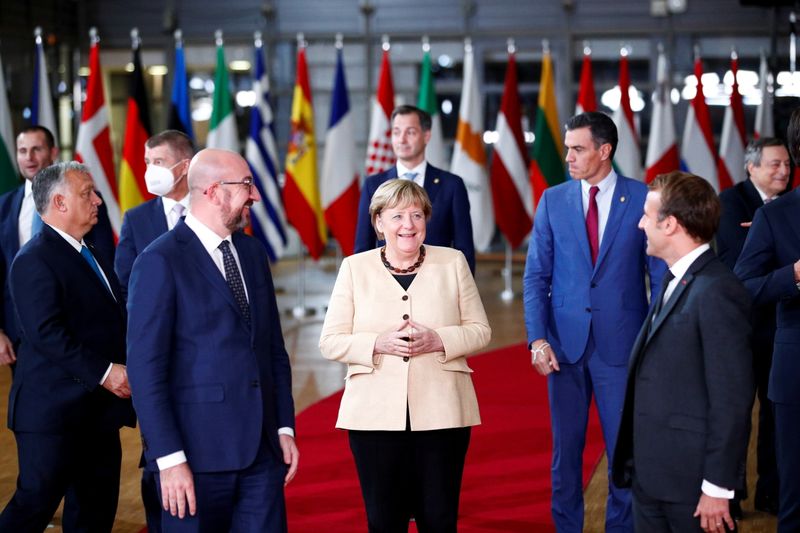