WASHINGTON – Neera Tanden, whose bid to be White House budget chief was derailed by opposition from Republicans after her sharp critiques of them on Twitter, was named White House staff secretary on Friday, putting her in a key behind-the-scenes role.

The appointment, which does not require Senate confirmation, was announced during a morning staff call, a White House official said.

The staff secretary job manages the paper flow, circulates documents among senior staff for comment as part of the decision-making process and is often known as the “nerve center” of the White House.

It is a job once held by current Supreme Court Justice Brett Kavanaugh, who was staff secretary for Republican George W. Bush’s White House. Jessica Hertz has held the position in the Biden White House until now.

“Neera has over two decades of experience in policy and management which are critical elements of the role. Her experience across domestic, economic and national security policy will be a key asset in this new role,” the White House official said.

Tanden, previously an adviser to former U.S. President Barack Obama and former Secretary of State Hillary Clinton, had been serving as president of the Center for American Progress (CAP), a left-leaning think tank, until she became a senior adviser to President Joe Biden in May.

Tanden drew criticism from Republicans for her tweets, and her nomination to be director of the White House Office of Budget Management became imperiled after Democratic Senator Joe Manchin said he would not vote to approve her in the U.S. Senate, which is split 50-50 between Democrats and Republicans.


She had withdrawn her name from consideration for the OMB job in March due to the opposition. 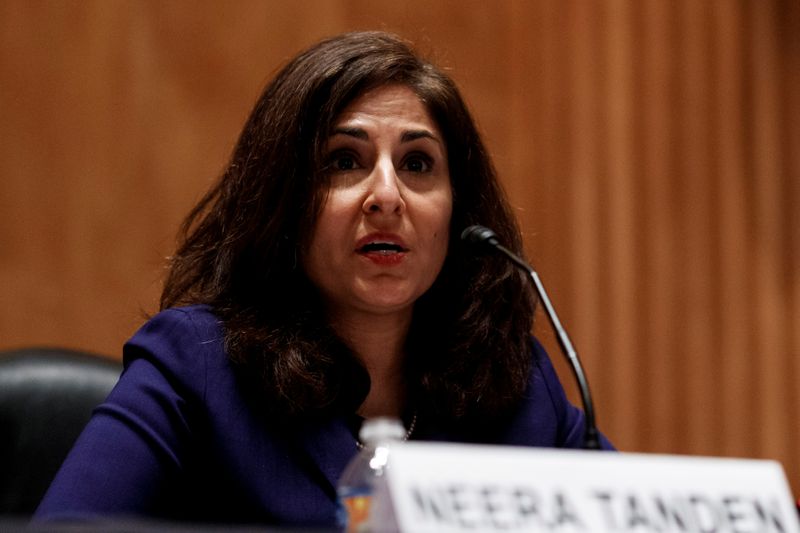