By Eva Mathews and Moira Warburton

-The ousted chairman of Canada’s Rogers Communications Inc laid out plans to regain control of the board in the latest twist to a feud over who should lead one of Canada’s biggest telecoms companies.

The aggressive move late Thursday by Edward Rogers, the only son of late founder Ted Rogers, comes just hours after the company’s board voted to remove him as chairman while family members fight among themselves for control of the company.

Rogers will remain a director, the company said. He also chairs the Rogers Control Trust, the family-controlled entity that holds voting control in Rogers Communications.

He proposed the removal of five directors, including John MacDonald who replaced him as chair, with his own candidates, saying that as the chair of the trust he “believes that it would be in the best interests of RCI to reconstitute the Board”.

Rogers’ exit adds another layer of uncertainty for the company after he attempted to replace Chief Executive Officer Joe Natale with the company’s now former chief financial officer in late September. The move put him at odds with his sisters and mother, all of whom are fellow board directors and said they supported Natale.

The family spat, rare in the Canadian corporate landscape, sparked a review of Rogers’ corporate governance, with experts saying the tussle highlighted the need for strong independent directors.

Peterson, Brooks and Jacob were not immediately available for comment.

“The Control Trust Chair looks forward to welcoming Michael Cooper, Jack Cockwell, Jan Innes, Ivan Fecan and John Kerr on the board of RCI,” Edward Rogers said in a statement.

The company said it was concerned about the Trust’s decision. “The company has not received any documentation or resolution from Mr. Rogers or the Rogers Control Trust with respect to this matter,” Rogers Communications said in a statement.

“The company is not aware of this mechanism ever having been utilized in respect of a public company in Canada.”

Earlier on Thursday, Natale told analysts that the board meeting to consider third-quarter earnings had “a very strong, collaborative and thoughtful discussion” on the future of the business, including the C$20 billion ($16.2 billion) bid for smaller rival Shaw Communications.

That deal would further boost its position in Canada’s highly concentrated telecoms market and has attracted scrutiny from multiple government regulators over whether it will decrease competition.

In documents released alongside its third-quarter earnings results, the board said it had created a committee comprised of three directors, including Melinda Rogers-Hixon, sister of Edward Rogers, to “establish clear protocols for interactions between the Chair and members of management.”

The board would also undertake a corporate governance review, it said.

The review is essential, said Richard Leblanc, a professor of governance, law and ethics at York University in Toronto, adding that having an independent chair “from the get-go” could have avoided the whole situation.

“It’s hard when the patriarch isn’t there,” Leblanc said, referring to the late Ted Rogers. “It creates a vacuum. That’s when independent directors really need to step up and earn their pay.”

He noted many of the directors are either family members or longtime friends of the Rogers family. Ted Rogers, who passed away in 2008, founded the company in 1960.

On Tuesday, Edward Rogers said there was “room for improvement” in the company’s long-term performance following a report he had held talks with potential candidates to replace board members.

Apart from the core telecoms business, Rogers owns a variety of businesses, including the Toronto Blue Jays baseball team, a franchising agreement with the National Hockey League, and a stake in Maple Leaf Sports & Entertainment Ltd, which owns the Toronto Maple Leafs hockey team and the Toronto Raptors basketball team. 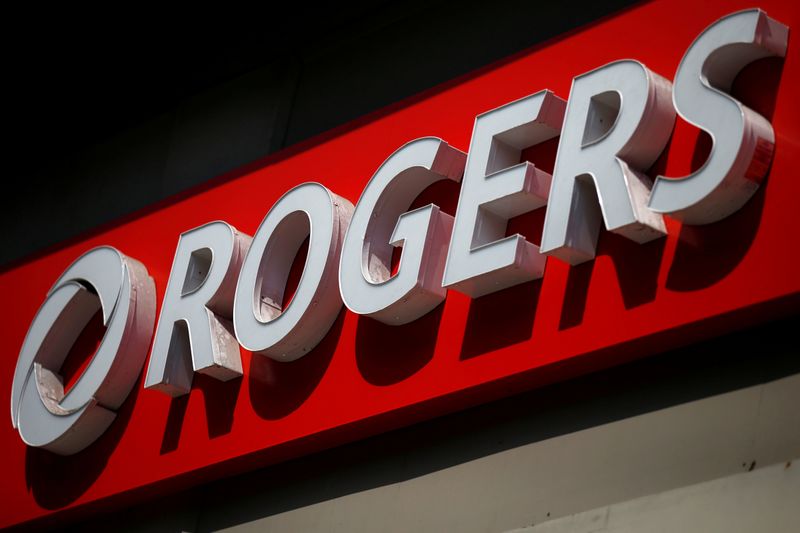