– Greece’s Maria Sakkari will make her debut at the WTA Finals after the 26-year-old qualified for the season-ending championships after reaching the quarter-finals at the Kremlin Cup in Moscow.

Sakkari, who will face Simona Halep in the last eight, continues a breakthrough season where she finished runner-up at the WTA 500 event in Ostrava, Czech Republic and reached the semi-finals at the French and the U.S. Open majors.

“I was very hard on myself up until this year… Growing, and also getting older and more mature, you see certain things different.

“Being nice to myself was one of the most important things I’ve changed this year, being nice during the games and the matches.”

The world number seven is the fifth player after Ash Barty, Aryna Sabalenka, Barbora Krejcikova and Karolina Pliskova to qualify for the Finals, which will be held in November in Guadalajara, Mexico.

The Finals, contested by the world’s top eight singles players and eight doubles teams, was moved out of China’s Shenzhen after last year’s event was cancelled due to the COVID-19 pandemic.

(Reporting by Manasi Pathak in Bengaluru; Editing by Kim Coghill) 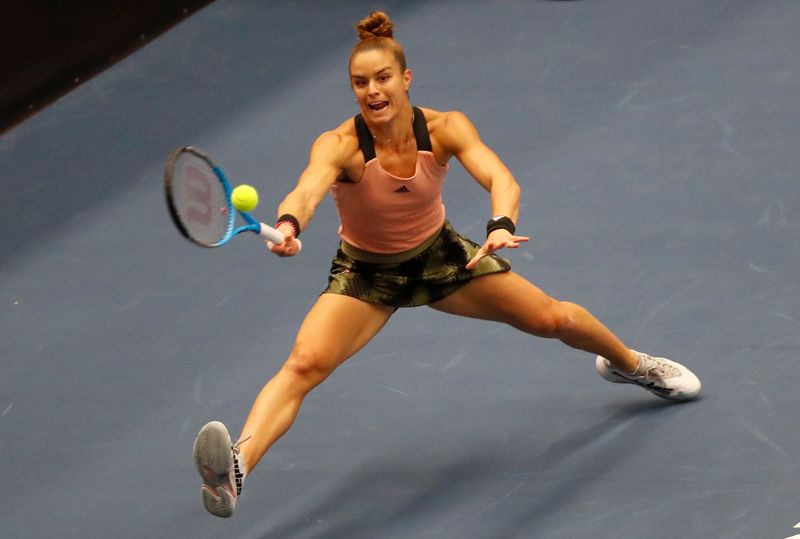