WASHINGTON -The White House on Thursday called on all World Trade Organization members to support an intellectual property waiver for COVID-19 vaccines.

“We … need every WTO member to step up as well and support an intellectual property waiver, and every company must act ambitiously and urgently to expand manufacturing now,” White House spokesperson Karine Jean-Pierre told reporters.

A year after South Africa and India introduced a proposal to temporarily waive intellectual property rights on COVID-19 vaccines and therapies at the WTO, negotiations have failed to make any progress.

More than 100 countries backing the waiver say it will help save lives by allowing developing countries to produce COVID-19 vaccines, but the European Union and several countries, including Switzerland, remain opposed.

U.S. President Joe Biden reversed the previous U.S. position to back the proposal in May, but a breakthrough has so far failed to materialize.

Okonjo-Iweala told a Washington think tank she believed that WTO members could “find a pragmatic compromise on the IP waiver” that would ensure equitable access to vaccines, while preserving incentives for research and innovation.

An EU official described “intense talks” with South Africa about how to boost the availability of vaccines to developing countries, potentially breaking the deadlock.

The WTO wants to reach an agreement on the global response to the pandemic at its ministerial conference in Geneva from Nov. 30 to Dec. 3. 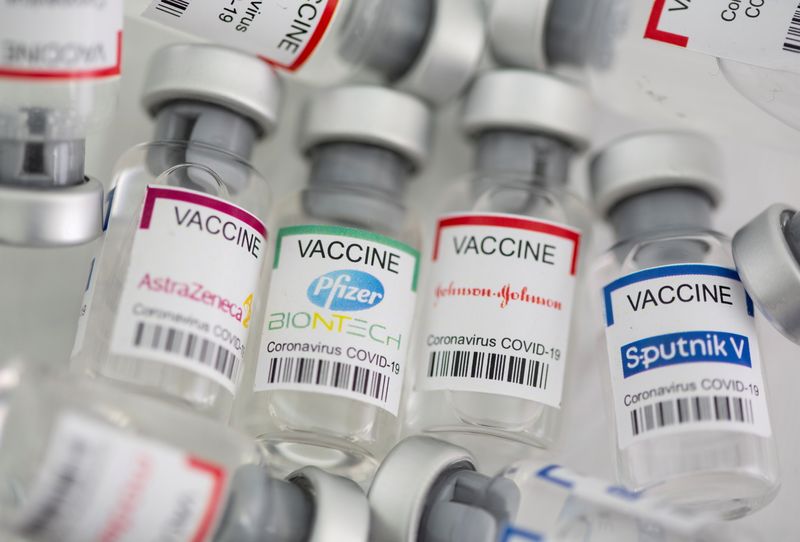