– A Georgia court struggled this week to seat jurors in the trial of three white men accused of murdering Black jogger Ahmaud Arbery, underscoring the challenge of finding people who have not formed firm opinions based on a viral video of the shooting.

“I saw the news footage and I saw the video footage of the crime, and I’ve already formed a guilty opinion of the crime,” one woman told the court earlier this week.

Arbery’s killing just outside the coastal city of Brunswick, Georgia, in February 2020 stoked national outrage and protests after the cellphone video taken by one of the three defendants went viral.

Defense lawyers and prosecutors say they are not looking for jurors who have not seen the video or don’t know about the case. Rather, they are trying to determine whether potential jurors can set aside any opinions they have and make a decision based on evidence presented to the court.

Former policeman Gregory McMichael, 65; his son Travis McMichael, 35; and neighbor William “Roddie” Bryan, 52, face charges of murder, aggravated assault and false imprisonment. If convicted on all charges, they could draw a maximum sentence of life in prison.

Superior Court Judge Timothy Walmsley told prosecutors and defense attorneys to speed things up. “I am not comfortable with this,” he said of the pace on the first day of jury selection on Monday.

As of late Thursday night, out of 80 Glynn County residents interviewed, only 23 residents had been prequalified for a group of 64, from which the ultimate 12 jurors and four alternates will be selected to hear the case.

Walsley said on Thursday that selection could take well into next week or possibly the week after. The court was not in session on Friday; jury selection is slated to resume on Monday.

Defense attorneys have said in interviews that they plan to base their case largely on a now-defunct version of a “citizen’s arrest” law that allows people in the state to detain someone they suspect of a crime. The three defendants told police they thought Arbery was a burglar and the shooting was in self-defense after Arbery grappled with a shotgun leveled by Travis McMichael.

Arbery, an avid runner and former high school football star, was shot three times and fell on the street in the suburban neighborhood.

One potential juror was dismissed because he watched the video more than six times and told the court he thought the men were “guilty. They killed him. They did it as a team.”

Another said, “The only time I’ve heard of citizen’s arrest is in ‘The Andy Griffith show’,” the 1960s TV comedy about a small-town sheriff.

The man added that he would listen to both sides in the case. “Everyone deserves their day in court. It’s the foundation of our country, it’s the rule of law.”

Of the 80 people brought to court through Thursday, a few said they had seen only clips from the video, and only two people told the court they hadn’t seen it.

“I didn’t want to see somebody killed,” said one man in his 70s.

“I mean, everyone’s seen this video,” he said. “I believe the judge will eventually find 12 jurors, but the work is to figure out if a person is being forthright when they say they can set aside what they saw.”

A nurse told the court that she had thought hard about whether she could be a fair, impartial juror and “prayed about it.”

“I feel firmly that I could do that,” she said.

Another potential juror, a retired auto shop owner, said it would be hard to disregard the video.

“Some things you just can’t unsee,” he said. 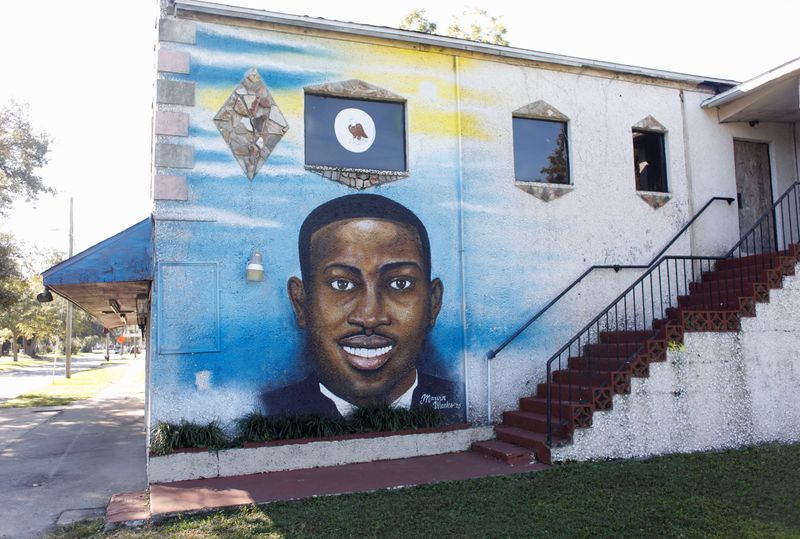