Hedge fund manager Boaz Weinstein, who runs Saba Capital Management, and Lighthouse Investment Partners, said they had exited without giving a precise time for the sales or price at which they cashed out.

“I knew that for Saba the right thing was to sell our entire stake of unrestricted shares, which we have now done,” Weinstein said in a statement. The firm sold on Thursday.

Lighthouse said on Friday that it had also sold.

“Lighthouse was not aware of the pending merger and no longer holds unrestricted shares of the SPAC,” the firm said in a statement.

By definition, investors are not permitted to know the merger target when they invest in a blank-check company and so the association with Trump came as a complete surprise, several investors said.

Many on Wall Street distanced themselves from Trump following the storming of the U.S. Capitol on Jan. 6.

Trump Media and Technology Group and Digital World Acquisition Corp, a Special Purpose Acquisition Vehicle, said this week they would merge to create a new social media app called TRUTH Social. Trump’s company said it plans a beta launch next month and a full roll-out in the first quarter of 2022.


Market reaction was swift with the stock surging 357% on Thursday and racing up 129% in active trading on Friday.

As many investors are focusing more on integrating environmental, social and governance factors into their investments, the blank-check company’s association with Trump sparked some rethinking.

“Many investors are grappling with hard questions about how to incorporate their values into their work. For us, this was not a close call,” Weinstein said in the statement.

Weinstein’s fund manages roughly $3.5 billion and he rose to prominence by betting against the JP Morgan Chase trader known as the “London Whale”. He has donated to Democratic candidates in the past, supporting President Joe Biden’s candidacy last year.

His wife, Tali Farhadian Weinstein, a former federal prosecutor, ran for Manhattan district attorney this year but lost in the Democratic primary to Alvin Bragg. The office is investigating Trump. 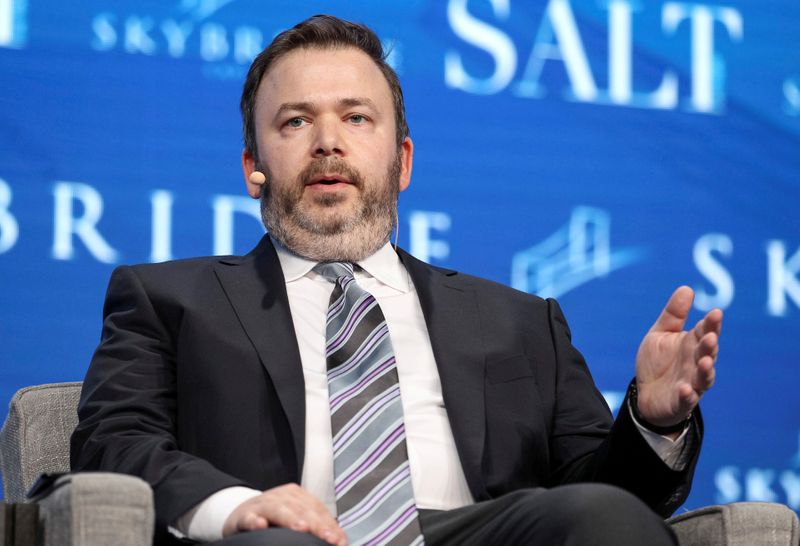