TAPACHULA – Several thousand migrants from Haiti, South America and Central America set off from southern Mexico headed north on Saturday, clashing with law enforcement trying to hold the caravan back.

Some 3,000 people, including families with young children, began trekking on foot on Saturday from the city of Tapachula near the Guatemala border toward Mexico’s capital.

One of the caravan’s organizers, Irineo Mujica, said he was leading the group to Mexico City in protest of the lack of government assistance in the south, where officials have attempted to contain thousands of migrants https://www.reuters.com/world/americas/this-is-prison-mexico-struggles-hold-migrants-far-us-border-2021-09-21, and to demand legal documents that would let migrants move freely in the country.

A highway checkpoint in Tapachula with some 400 law enforcement officers aimed to block their path, but many migrants managed to break past. A Reuters video showed people carrying backpacks and with children on their shoulders pushing through a cluster of officers in anti-riot gear who attempted to contain the crowd.

One family, including a woman and small children, were knocked to the ground in the crush of people, their belongings scattering.

Some migrants who attempted to leave Tapachula in September to head north were subject to brutal treatment by Mexican officials, and the government’s National Migration Institute condemned incidents of violence captured on video. https://www.reuters.com/world/americas/mexico-condemns-violent-actions-by-migration-agents-caught-video-2021-08-30

U.S. authorities arrested more than 1.7 million migrants at the U.S.-Mexico border this fiscal year, the most ever recorded https://www.reuters.com/world/us/biden-under-pressure-us-mexico-border-arrests-reach-record-highs-2021-10-20. 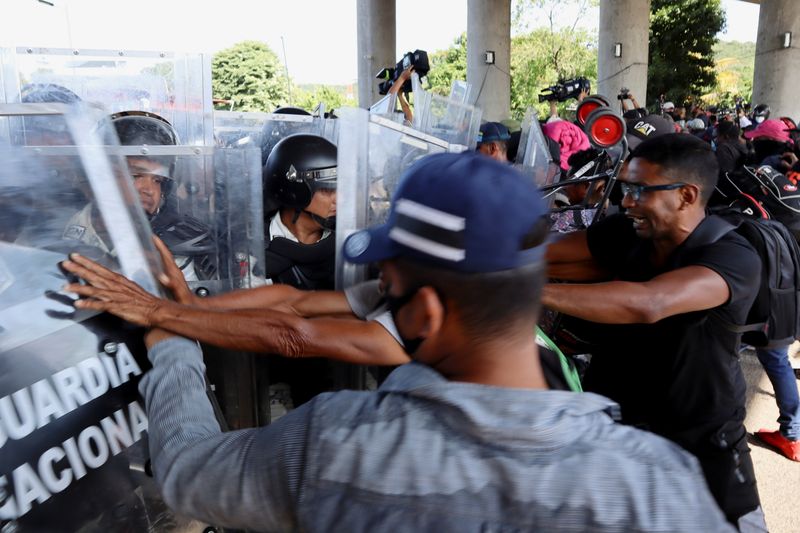 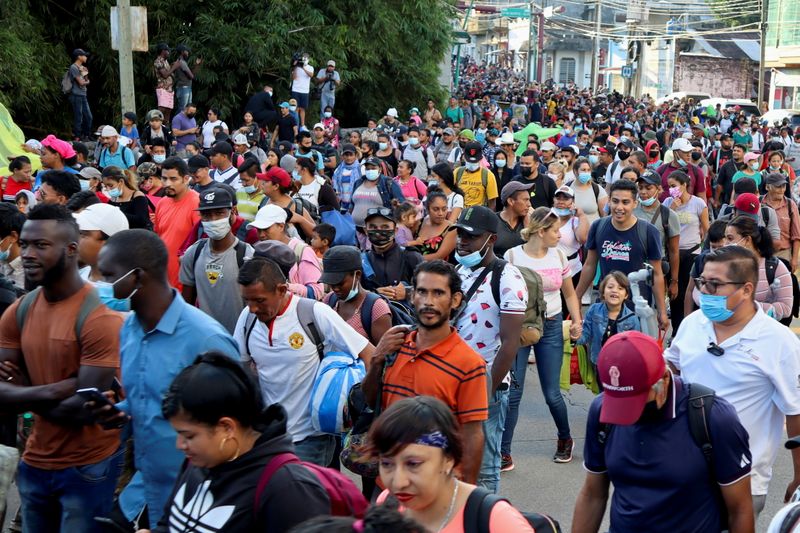 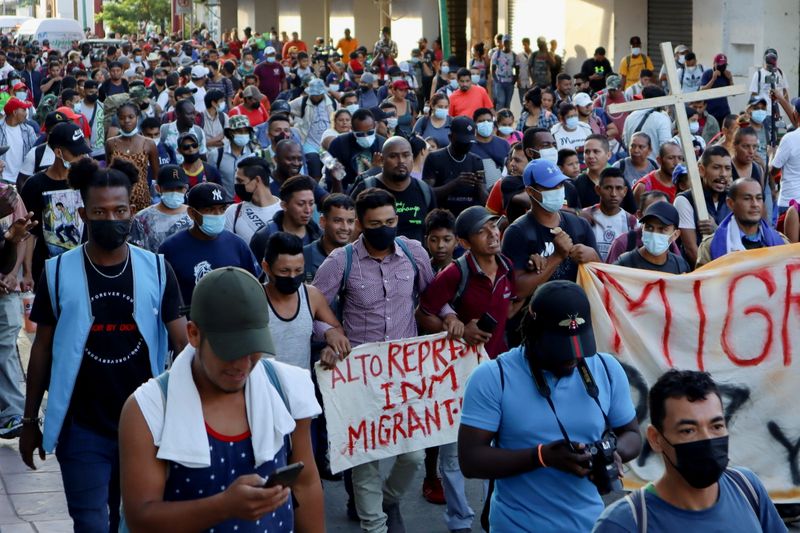 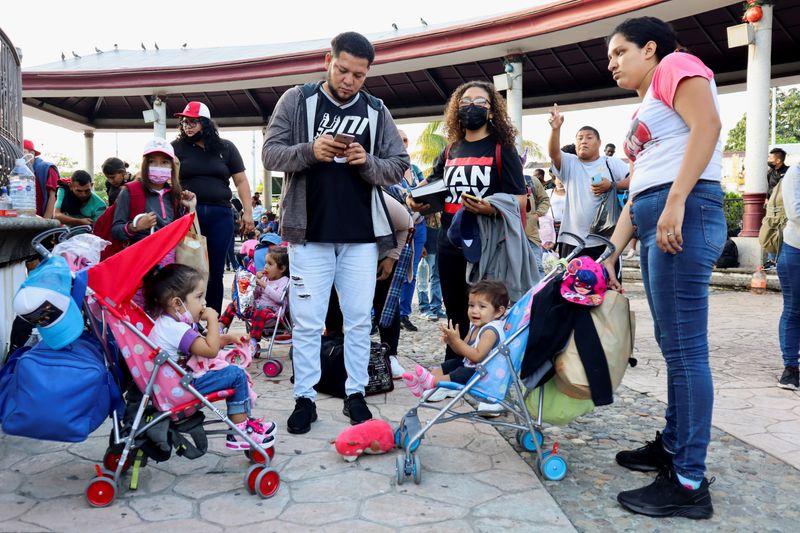