(Refiles to additional clients with no change to text)

QUITO – Ecuador’s SNAI prison authority has found the bodies of seven prisoners in the same jail where violence between gangs lead to the deaths of 119 inmates last month, it said on Saturday.

The seven bodies were found in the Penitenciaria del Litoral, located in the southern city of Guayaquil, which has become Ecuador’s most violent prison.

The riot at the end of last month also left dozens of prisoners injured.

The seven prisoners discovered dead on Saturday were found in a pavilion used for conjugal visits, the SNAI authority said in a Twitter message without elaborating.

The deaths of four other prisoners in the jail during October are also under investigation.

The SNAI will work alongside police and prosecutors as it investigates the inmates’ deaths, it said.

Ecuador’s President Guillermo Lasso declared a state of emergency for the country’s penitentiaries last month in order to free up resources and increase control inside prisons.

Members of the military have also been brought in to help control prisons across the country.

Officials say gangs have alliances with transnational criminal groups and are battling over drug trafficking routes.

Since the beginning of the month Ecuador’s police have brought violence in Penitenciaria del Litoral under control, it said, adding that other prisons were also under control. 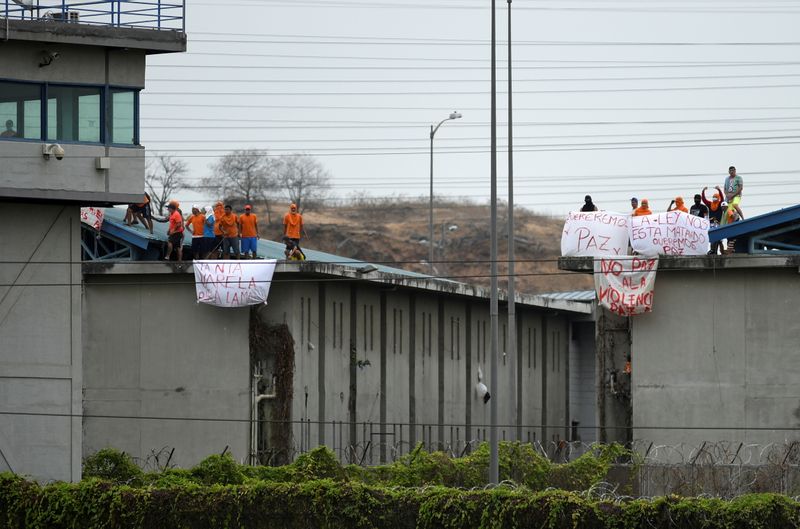