VATICAN CITY – Pope Francis on Sunday urged countries not to send migrants back to insecure countries such as Libya, where he said many suffer violent and inhumane conditions similar to those in concentration camps.

The pope’s appeal at his Sunday blessing came as European Union leaders are struggling to overcome their differences on how to handle immigrants, an issue that feeds support for nationalist and populist groups across the EU.

“We have to put an end to the return of migrants to countries that are not secure,” he said, citing “thousands of migrants, refugees and others who need protection in Libya”.

Priority should be given to rescues at sea, orderly disembarkation, alternatives to prison, and regular paths to immigration and asylum procedures, he said.

Francis asked the international community to “keep their promises” to find lasting solutions to manage migration flows in Libya and all of the Mediterranean.

“Many of these men, women and children (in Libya) are subjected to an inhumane violence,” he said.

“How much those who are sent back suffer! There are real lagers there,” he said, using the German word that is common in Italy when referring to concentration camps.

“I never forget you. I hear your cries,” he said.

This month the U.N. human rights office demanded an inquiry into what it called “unnecessary and disproportionate” force by Libyan security forces to detain African migrants, shooting dead some of those trying to escape.

Francis spoke a day after the latest hearing of a highly publicised trial in Sicily where former interior minister Matteo Salvini, leader of Italy’s right-wing League party, faces kidnapping charges for refusing to let a migrant ship dock in the country in 2019.

The EU has tightened asylum rules and its external borders since more than a million refugees and migrants reached Europe across the Mediterranean six years ago and cut deals with countries like Turkey and Libya for people to stay elsewhere along the global routes. 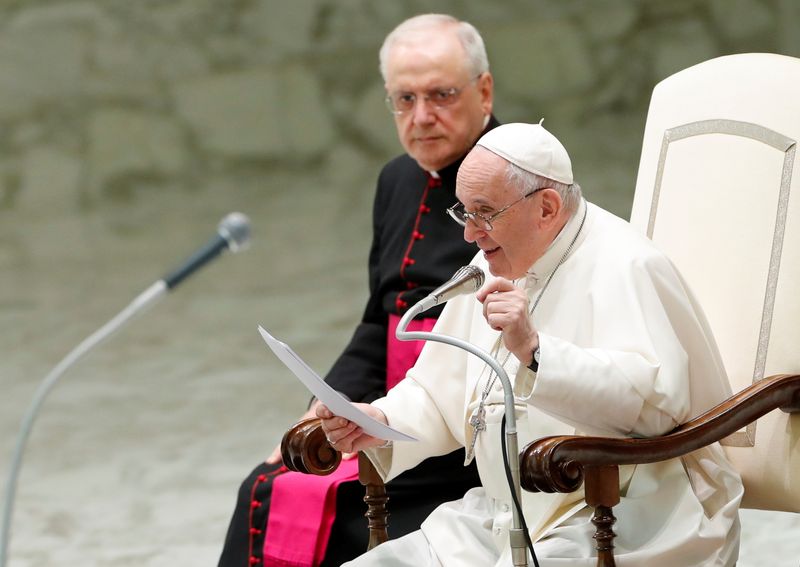