-Red Bull’s Max Verstappen doubled his lead in the Formula One world championship to 12 points after holding off charging title rival Lewis Hamilton to win the U.S. Grand Prix in Austin on Sunday.

Mercedes’ seven-times world champion Hamilton slashed the Dutch driver’s lead with a late attack on fresher tyres but finished 1.333 seconds behind, with a bonus point for fastest lap at the Circuit of the Americas.

Red Bull’s Mexican Sergio Perez was a distant third, struggling with dehydration after a water bottle failure in the Texas heat.

“I think I’ve aged about 25 years in that race,” said relieved Red Bull team boss Christian Horner. “I really didn’t think we were going to hang on.”

The win was Verstappen’s eighth of the season, and first in America, but one he had to sweat for in front of a sell-out 140,000 crowd.

The 24-year-old started out on pole position, ending a Mercedes run of qualifying domination in Texas, lost the lead into the first corner and then won it back with an aggressive pitstop strategy.

Hamilton was quickest when the lights went out, squeezing through on the inside at turn one with Verstappen forced to run wide and plenty of overtaking going on in their wake.

The pair pulled away from the field, with Perez unable to stay with them.

Verstappen soon started chafing over the radio that he had more pace and was first to pit on lap 11, as Red Bull went for the ‘undercut’ — a strategic bid to close the gap and get back in front when Hamilton pitted three laps later.

“Of course we lost out in the start so we had to try and do something else. The tyre wear is quite high around this track, we went aggressive and I was not sure it was going to work but the last few laps were fun,” said Verstappen.

“A bit sideways through the high-speed corners but super happy to hang on.”

Verstappen made his second stop on lap 30 to hand Hamilton the lead again.

The Mercedes driver was told it was now “target plus six” and stayed out for another seven laps before pitting again and slotting in 8.58 seconds behind Verstappen with 18 laps to go but on fresher tyres.

“It’s all about the last three laps,” Hamilton was told over the radio but while he closed the gap to under a second, he could not get close enough to attempt a move.

“It was such a tough race. I got a good start, gave it absolutely everything but at the end of the day, they just had the upper hand this weekend and we couldn’t really have asked for more,” said the Briton.

Perez said his race was one he hoped never to repeat.

“I struggled massively. Since lap one I ran out of water, I couldn’t drink at all. I think by the middle of the second stint it was starting to get pretty difficult, losing strength. I think my toughest ever physically,” he said.

The points cut Mercedes lead in the constructors’ standings to 23 points from 36.

McLaren’s lead over Ferrari in the battle for third was cut to 3.5 points.

AlphaTauri’s Pierre Gasly and Alpine’s Esteban Ocon both retired with mechanical issues while Alpine Fernando Alonso stopped in the pits with a rear wing issue five laps from the end.

The next race is on Nov. 7 in Mexico City, Perez’s home race and a circuit expected to favour Red Bull.

(Reporting by Alan Baldwin in London, editing by Christian Radnedge and Pritha Sarkar) 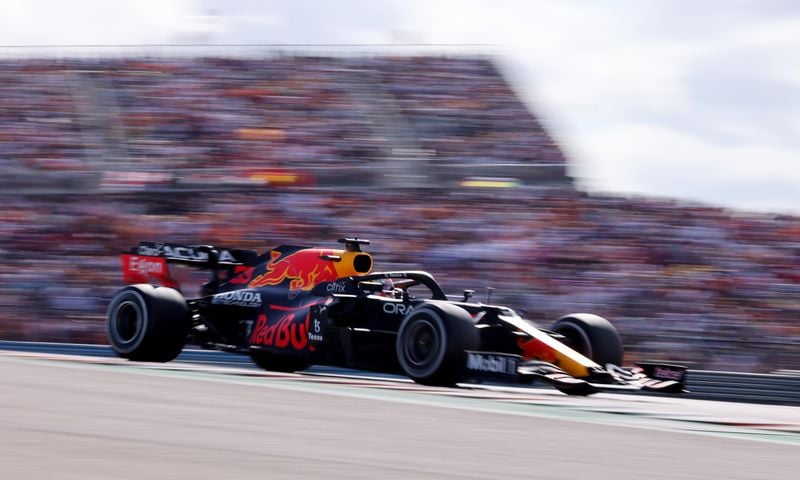 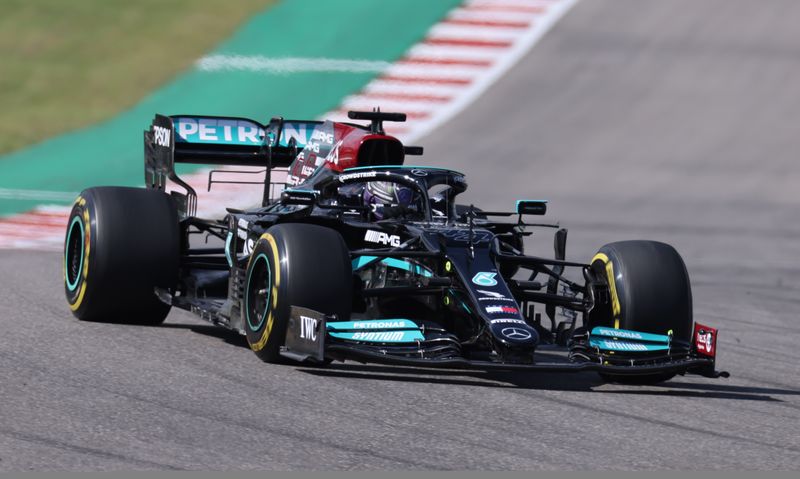 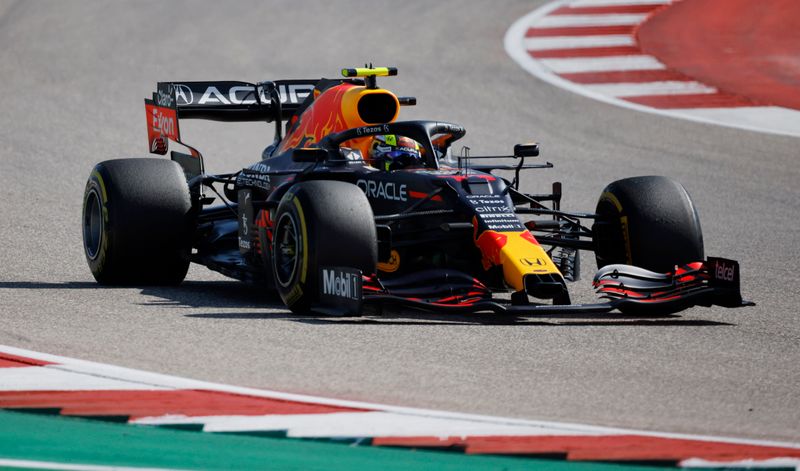