– U.S. Open champion Emma Raducanu said on Sunday she is “optimistic” about finding a new coach before the Australian Open starts in January and will be relying on her own instincts at next week’s Transylvania Open in Romania.

Raducanu, who stunned the sporting world when she won the Flushing Meadows title in September as a qualifier, announced after the Grand Slam that she would no longer be working with former Davis Cup player Andrew Richardson.

The 18-year-old confirmed reports she had a trial last week with Johanna Konta’s former coach Esteban Carril among others as she continues her search for a mentor to guide her during the next phase of her career.

Raducanu has travelled to Cluj-Napoca with physiotherapist Will Herbert, agent Chris Helliar and her father Ian, who is Romanian.

“I am feeling optimistic about trying to have something in place for the off-season and the Australian Open. No, I haven’t decided on the coach. But things are moving forward,” Raducanu told reporters.

“I think having a coach is great, but you are on your own on the court. I don’t think it is great to be dependent. You need to coach yourself. That is something I am learning.

“Part of the experience I am having is being able to learn to coach myself. Sometimes it won’t always work, like in Indian Wells, but in the long-term if I keep doing that then I will be better in the situations in the future.”

The Transylvania Open begins on Monday and will be held without spectators due to COVID-19 restrictions imposed by the Romanian government.

(Reporting by Hritika Sharma in Bengaluru) 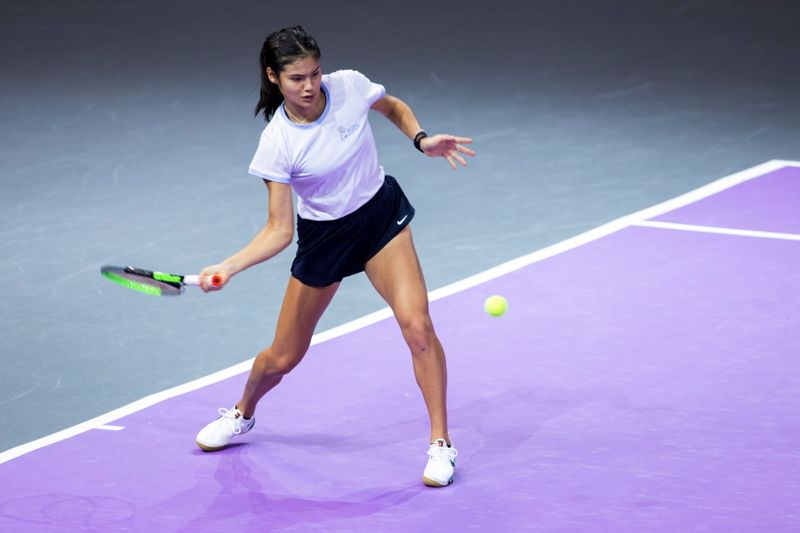