WASHINGTON -U.S. Treasury Secretary Janet Yellen said on Sunday that the United States was not losing control of inflation, and that she expected inflation levels to return to normal by the second half of next year.

Yellen, in an interview on CNN, said spending in President Joe Biden’s domestic infrastructure and Build Back Better packages would be allocated over the next 10 years, but she did not say whether that would exacerbate inflation.

“I don’t think we’re about to lose control of inflation,” Yellen said.

“On a 12-month basis, the inflation rate will remain high into next year because of what’s already happened. But I expect improvement by the middle to end of next year – second half of next year,” Yellen said.

Supply chain snags have bedeviled the United States and other countries as economic reopenings spur a surge in demand.

“As we make further progress on the pandemic, I expect these bottlenecks to subside. Americans will return to the labor force as conditions improve,” she said.

The Federal Reserve has promised to keep its benchmark overnight interest rate at the current near-zero level until the economy has returned to full employment and inflation has reached the central bank’s 2% goal and is on track to stay moderately above that level for some time. 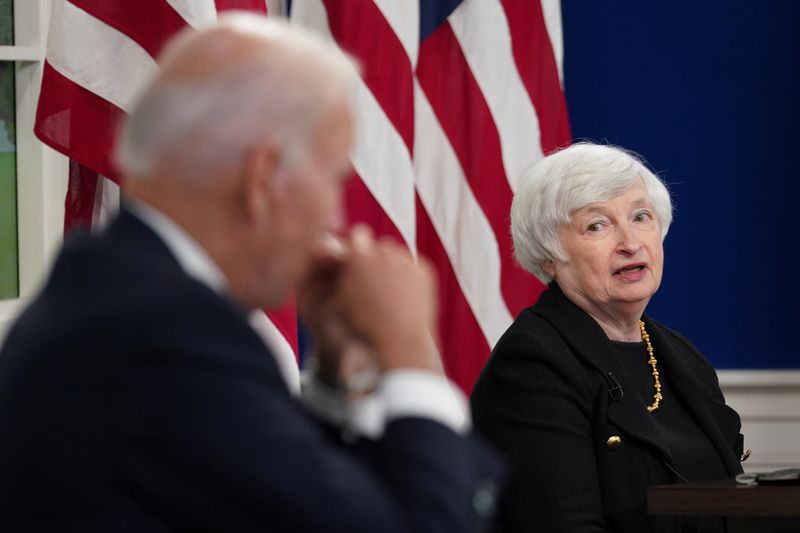