By Krystal Hu and Anirban Sen

– Donald Trump has united some of his supporters and detractors in buying shares in his new company and hoping to score a big win.

Anthony Nguyen, a 49-year-old software consultant from Austin, Texas, is a Republican who refused to vote for the former U.S. president in last year’s election.

Last week he joined the millions of online day traders who drove up the value of the company that will house Trump’s new social media venture to almost $12 billion. The company’s app has yet to be rolled out even on a trial basis, and Nguyen said he invested because he wanted to make a quick profit, not because he believed in the business.

“Is Trump’s social network going to work out? Probably not. But that doesn’t mean you can’t make money in the meantime,” Nguyen said.

Shares of Digital World Acquisition Corp have risen 842% since the blank-check acquisition company announced on Wednesday it would merge with Trump Media & Technology Group, which aims to launch a social media network called TRUTH Social.

Trump Media was worth $8.2 billion based on the closing price of Digital World shares on Friday, while the company that would be created with the merger would have a close to $12 billion valuation. This assumes Digital World valued its shares in the deal at $10, as is customary for special purpose acquisition companies (SPACs). A detailed regulatory filing that will allow a precise calculation is expected this week.

Many of the investors snapping up the shares are political supporters or fans of Trump. Shane Springer, a 28-year-old salesman from Norristown, Pennsylvania, is holding on to the $1,300 worth of stock he bought on trading app Robinhood last week until it goes “to the moon”. He bought the shares for $13 and refused to sell even when they reached a high on Friday of $175.

“Trump has a strong history of making people a lot of money and winning. If this was an election I would have lost, but it’s not, it’s business,” Springer said.

Nguyen, on the other hand, said he invested in the SPAC because he saw similarities with GameStop Corp, the video game retailer whose shares skyrocketed in January after an army of retail investors on Reddit and other social media platforms took on hedge funds betting against the company. The retail investors also piled into other “meme” stocks, from movie theater operator AMC Entertainment Holdings Inc to home supplies retailer Bed Bath & Beyond Inc.

Unlike GameStop and some other meme stocks, Digital World is a SPAC whose shares were not under pressure from hedge funds shorting them. But Nguyen said he detected the same exuberance for the Trump deal among retail investors.

“People like to jump on things and if you are nimble enough you get in, double your money and get out,” Nguyen said.

Spokespeople for Trump Media and Digital World did not immediately respond to requests for comment on the investor reaction to their deal.

Some investors are on the lookout for other stocks that could benefit from the hype. Last week Sam Nita, a 36-year-old construction worker in Portland, invested $2,800 in Digital World and $1,368 in U.S. software developer Phunware Inc, which worked on Trump’s 2020 election campaign app. He heard about Phunware on trading app WeBull and made a $14,000 profit from the two stocks after Phunware shares rose as much as 1,471% on Friday.

“Everything MAGA (Make America Great Again) went nuts just like when Trump was president,” said Nita, who voted for Trump in the past two elections. “I’m hearing friends who don’t even do stocks that want to know how to buy this Trump stock.”

Phunware chief operating officer Randall Crowder told Reuters he hoped “the excitement about Phunware” was because the company expected to deliver “quarter over quarter growth of 50% in the third quarter and over 100% in the fourth quarter,” and because it was building a truly decentralized data economy on blockchain.

Investors trying to predict where the SPAC’s shares are heading next say they have little to go by. Many of them found a presentation that Trump Media released last week on its business plan to be voluminous in its aspirations but thin on financial details.

Those who argue the stock could go even higher point to the large social media following Trump enjoyed before he was banned for encouraging his supporters to participate in the U.S. Capital attack on Jan. 6. He had 89 million followers on Twitter, 33 million on Facebook and 24.5 million on Instagram, according to the presentation.

Investors bearish on the stock point to failures of other right-wing social media apps such as Parler. The fact that the rally in Digital World shares is already the biggest ever for a SPAC makes it more likely that people would be buying at the peak, they argue.

SPACs had lost much of their luster with retail investors before the Trump media deal came along. Many of these investors were left with big losses after the companies that merged with SPACs failed to deliver on their ambitious financial projections.

Jay Ritter, a finance professor at the University of Florida who focuses on capital markets, said a big risk for investors was the possibility that Digital World and Trump Media would seek to renegotiate the deal in light of the SPAC’s stock rally, to keep more of the new company for themselves at the expense of retail investors.

“The higher the stock price goes, the more downside risk there is for investors,” Ritter said.

(Reporting by Krystal Hu in New York and Anirban Sen in Bangalore; Editing by Greg Roumeliotis and Daniel Wallis) 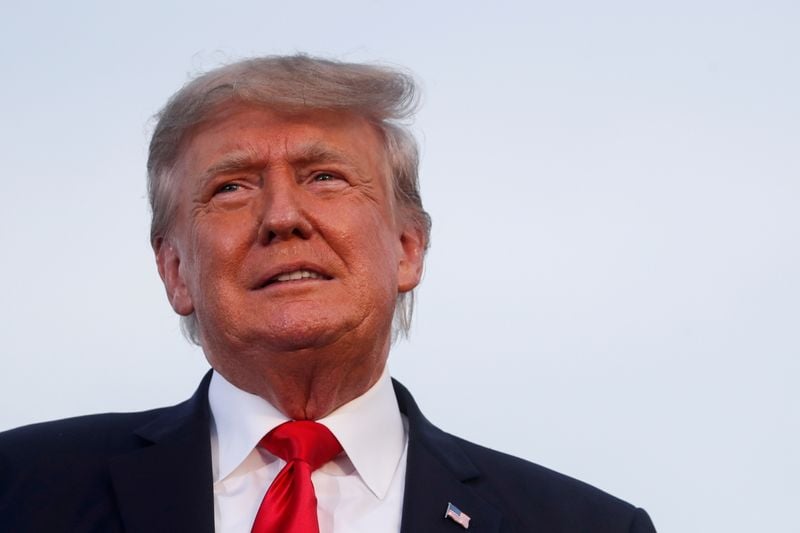