ORLANDO, Fla. – Hedge funds and speculators are dumping U.S. Treasury bonds at a pace rarely seen before, a sign of the rapidly accelerating momentum behind bets that the Federal Reserve will bring forward its first interest rate increase since 2018.

Taking those factors into account, and the fact that fed funds futures now show traders think the first U.S. rate hike will be in mid-2022, there is every chance that funds’ bearish view on Treasuries has hardened even more.

Commodity Futures Trading Commission data show that funds dumped 156,586 contracts of 10-year Treasuries futures and flipped to a small net short position in the week through Oct. 19. That is the largest unwind since 2016, and the third largest since the contract was launched in the mid-1980s.

Funds have mostly been long 10-year Treasury futures since June last year, although never to any great degree. It remains to be seen whether this historic selloff marks a return to the preceding two and a half years of consistently bearish sentiment.

The CFTC data also show that funds extended their net short position in two-year Treasury futures by more than 92,000 contracts, the biggest selloff since March.

This comes as the latest Bank of America fund manager survey showed investors have never been so bearish on bonds since the poll was first launched 20 years ago.

The scale of the selling is significant, especially in the 10-year part of the curve, and suggests the debate over whether the spike in inflation is temporary has entered a new phase.

Breakeven inflation rates on Treasury Inflation-Protected Securities, and inflation swap rates broke higher across the curve to levels not seen for several years.

On Friday, Powell said the risks are “clearly now to longer and more persistent bottlenecks and, thus, to higher inflation,” and admitted that the current situation is not what the Fed’s “patient” approach was designed for.

While he also stressed that now is not the time to raise rates and that the Fed can be patient, that was just a reiteration of the Fed’s position – no Fed official is advocating rate hikes until well into next year.

Bear in mind that only a few weeks ago fed funds futures pointed to the first rate hike in early 2023. That has been brought forward to mid-2022, with another hike later in the year now being added in for good measure.

Lift-off in June or July, just as the Fed is projected to complete its bond purchase taper, would be a pretty bold one-two punch. Some might say reckless.

Certainly, the longer end of the bond market shows investors are beginning to factor in the potential economic damage of an earlier start to the policy tightening cycle.

The longer end of the curve is flattening, with the 20s/30s part of the curve less than two basis points away from inverting, and the gap between 30- and 10-year yields the smallest in almost two years.

This is a sign that tighter monetary policy today will slow growth tomorrow. The Atlanta Fed’s latest GDPNow tracker estimates third quarter of just 0.5% annualized rate, down from 6% a couple of months ago.

“Downward movements in consumer expectations in the last six months suggest the economy in the United States is entering recession now (Autumn 2021), even though employment and wage growth figures suggest otherwise,” they wrote in a working paper earlier this month.

Whether the economy is decelerating or slipping into recession, investors are betting that the Fed is about to start unwinding its bond-buying program then raise rates next year. 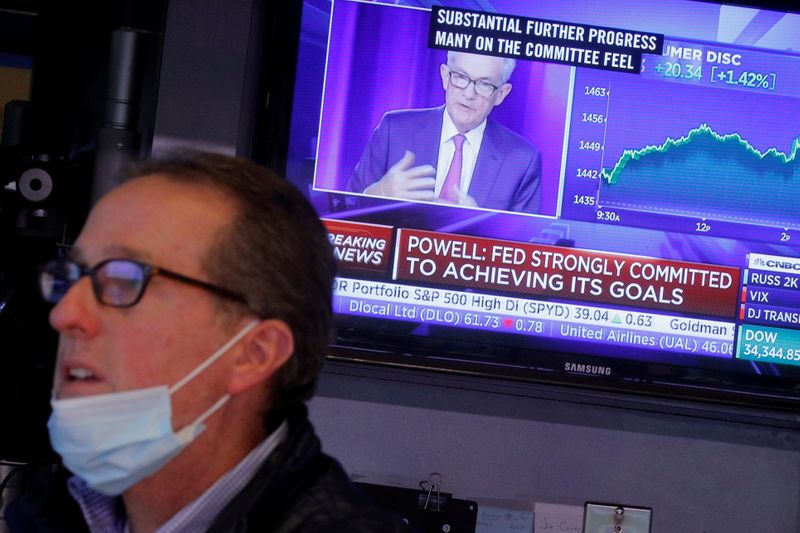