By Rod Nickel and Karl Plume

WINNIPEG, Manitoba/CHICAGO – The biggest global agriculture companies are competing on a new front: enticing farmers to join programs that keep atmosphere-warming carbon dioxide in the soil.

Farmers capture carbon by planting off-season crops, tilling the ground less and using fertilizer more efficiently. They log their practices on digital platforms to generate a carbon credit. Agricultural companies use the credits to offset the climate impact of other parts of their businesses or sell them to companies looking to reduce their own carbon footprints.

Agriculture covers nearly 40% of the world’s land and is responsible for 17% of global emissions, according to the United Nations. Changes to farm practices could sequester as much as 250 million tonnes of carbon dioxide annually in the United States, or 4% of the country’s emissions, according to a 2019 report https://www.nap.edu/catalog/25259/negative-emissions-technologies-and-reliable-sequestration-a-research-agenda by the National Academy of Sciences.

Some farmers view the programs run by the giant agricultural corporations with suspicion – as a method to harvest their data that will be used to sell them more products, according to interviews with more than a dozen farmers, analysts and farm groups. Other critics question whether it is even possible for farmers to guarantee they are keeping carbon underground because simply turning the soil can undo efforts to store it.

Sequestering carbon, however, can provide a new revenue stream for farmers looking to diversify in a volatile industry. The farming techniques required by such programs offer the additional promise of realizing higher yields from healthier soils that are less reliant on chemicals.

Hoping to be rewarded for reducing tillage and planting a cover crop on his central Illinois farm, Matt Tracy enrolled 548 acres in Cargill’s RegenConnect program, choosing it over a similar one offered by Bayer due to its short, single-season contract term.

He remains happy with his decision even after Bayer, whose program requires a 10-year commitment, began offering sign-up bonuses of up to $1,000.

“I didn’t want to be tied up for too many years in a contract … I want to see how it goes before I jump in whole-hog,” he said. “I think these programs could become more and more popular and we’re going to get paid more than we are now.”

Agriculture companies can measure success through the number of acres farmers devote to their programs and commitments from other corporations to eventually buy the credits generated, said Alejandro Plastina, associate professor in economics at Iowa State University. Most of the corporate commitments are vague, however, and the acres in pilot projects remain small, he said.

For little cost, agriculture companies get to showcase their social responsibility, while securing farmers’ loyalty to their digital platforms that can turn into greater farm supply sales down the road, Plastina said.

“It gives (ag companies) the opportunity to associate their brands with caring for the world,” Plastina said. “I don’t expect them to make money on these projects anytime soon.”

Bayer is an early leader with around 1.5 million acres enrolled in sustainable agriculture programs globally, mostly in the United States.

Bayer’s program is unique in that it compensates growers for planting cover crops and reducing tillage, rather than paying them for how many tonnes of verified carbon they sequester.

“The idea was to get something that farmers feel comfortable with and certain of so they can have a line of sight in terms of how much money they can make,” said Leo Bastos, head of Bayer’s carbon business.

Nutrien’s program has secured 200,000 acres in the United States and Canada this year. Nutrien expects to make a profit from the start, because enrolment involves selling farmers high-margin products like crop treatments composed of insect-killing bacteria or controlled-release fertilizer, said Mark Thompson, the company’s Chief Strategy and Sustainability officer.

Cargill aims to reduce its supply-chain emissions 30% by 2030 in part by enrolling 10 million acres in small-scale regenerative agriculture programs.

Corteva’s partnership with farm technology and services provider Indigo Ag rewards farmers for better crop nutrient management, which could encourage purchases of products such as nitrogen stabilizers, which make more efficient use of fertilizer.

“Corteva sees that as a way to deepen their relationship” with farmers, said Chris Harbourt, Indigo’s global head of carbon.

Norway-based Yara is running a pilot program on 50,000 U.S. acres and plans to have 1 million U.S. acres under contract by year-end.

Brazil and India, where farmers harvest multiple crops each year, could generate larger volumes of sequestered carbon than the United States under Yara’s program in as little as three years, said Alex Bell, chief executive of the program, called Agoro Carbon Alliance.

Agoro has an edge over some competitors because it is signing farmers to longer contracts, ten years, that should yield higher prices for their carbon, Bell said.

“It’s a tough thing to ask of farmers, but that’s what (credit) buyers actually value,” Bell said. With the average U.S. farmer nearing retirement age, some are reluctant to lock in long-term, he said.

Yara is launching its program at a loss and may break even within three years, Bell said.

Farmers, however, give the programs mixed reviews.

The programs’ principle is “essentially unworkable,” because carbon sequestration is not permanent, especially in a warming climate, Canada’s National Farmers Union said in a submission to the Canadian government.

But North Dakota farmer Justin Topp decided to give carbon farming a try. He committed 12,000 acres, or 80% of his land to Nutrien’s program, choosing it over four others.

“Everybody’s talking about it. I’m curious about what shakes out.”

(Reporting by Rod Nickel in Winnipeg and Karl Plume in Chicago; Editing by Caroline Stauffer and Matthew Lewis) 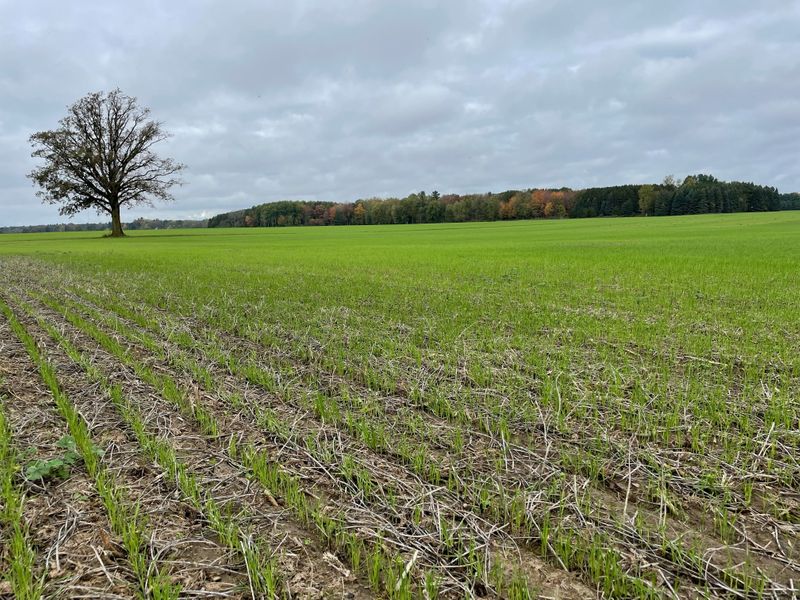