FRANKFURT -The European Central Bank should tighten the rules governing personal investments by its policymakers if it wants to steer clear of controversies like that embroiling the Federal Reserve, lawmakers, academics and transparency activists say.

Their proposals include having the euro zone’s rate-setters only invest via wealth managers, publishing the time of any personal trade, and barring them from touching securities that directly benefit from the ECB’s asset-purchase programmes.

The Fed on Thursday banned individual stock purchases https://www.reuters.com/world/us/fed-ethics-office-cautioned-policymakers-last-year-about-personal-securities-2021-10-21 by its top officials and unveiled other restrictions after an uproar over trades made in 2020, when the U.S. central bank intervened to stop a collapse in financial markets as the pandemic raged.

The ECB’s own disclosures https://www.ecb.europa.eu/ecb/access_to_documents/document/declarations/shared/pdf/ecb.dr.dec210930_declarations_of_interest.en.pdf for last year show 13 of the 25 members of the Governing Council picked their own funds, stocks and bonds – in some cases including government bonds the ECB is hoovering up under its stimulus programmes or shares in companies whose debt it buys.

Ten rate-setters had no or negligible investments while two had an independent manager look after their wealth.

There has been no suggestion of wrongdoing by any of the ECB’s policymakers, whose decisions – such as setting interest rates or buying trillions of euros worth of bonds – influence financial markets.

But some lawmakers, academics and activists who spoke to Reuters say the current rules do not protect policymakers or the euro zone central bank from potential questions about conflicts of interest.

“There is a need for a thorough overhaul of the ECB’s rules when it comes to private financial transactions,” said Kenneth Haar, an analyst at Corporate Europe Observatory, a campaign group which focuses on transparency.

He proposed making it compulsory for policymakers to use an investment manager whom they can’t influence, a recommendation backed by European lawmaker Sven Giegold and campaigner Alessia Del Vasto of Positive Money Europe.

An ECB spokesperson said the central bank had been reviewing its ethics framework for some time, chiefly with the aim of harmonising rules across the different national authorities.

She declined to comment on any specific change before the review is finalised later this year.

The ECB’s Governing Council, which includes the six-member Executive Board and the 19 governors of the euro zone’s national central banks, are bound by a Code of Conduct https://eur-lex.europa.eu/legal-content/EN/TXT/PDF/?uri=CELEX:52019XB0308(01)&from=EN.

Approved in 2019, it says they should not use confidential information for their benefit and recommends they “place their investments under the control of one or more recognised portfolio managers who have full discretion”.

French central bank governor Francois Villeroy de Galhau and Luxembourg’s Gaston Reinesch already do so but most of their colleagues make their own investments.

This is all allowed under ECB rules and each investment has been approved by the Ethics Committee as required.

ECB rules bar staff from investing in financial corporations but allow most other types of investments, with some checks.

By contrast, active trading by top Fed officials will now be expressly prohibited, with purchases limited to investments like mutual funds, and all transactions vetted in advance by the U.S. central bank’s ethics officer.

A Reuters analysis of the ECB’s disclosures show nine members of the Governing Council owned units of investment funds, which is permitted by staff rules.

Two owned government bonds, the main purchase of the ECB’s massive quantitative easing programmes and an investment which requires prior authorisation by the Ethics Committee.

Four invested in listed stocks, including some companies whose bonds are part of the ECB’s Corporate Sector Purchase Programme (CSPP).

While this is in line with ECB rules, Corporate Europe Observatory’s Haar said it should be prohibited because “there should be an arm’s length between ECB officials and corporations that could be covered by the CSPP”.

Five policymakers owned stakes in privately held companies, including some real estate firms. The rules allow policymakers to buy shares and then report they have done so.

Unlike the Fed, the ECB does not publish the date of policymakers’ trades or their value, though these are vetted by the Ethics Committee and, annually, by an outside firm.

“We need more transparency, at least the same level of disclosure as the Fed,” said Benjamin Braun, a senior researcher at the Max Planck Institute for the Study of Societies and the author of a 2017 report on ECB accountability and independence.

The Fed will also now require policymakers to hold any investment for at least a year – a rule Positive Money’s Del Vasto said the ECB should copy.

The ECB currently requires policymakers seek authorisation to close a trade less than a month after opening it.

But the ECB documents do not point to major changes in policymakers’ holdings compared to their disclosures in 2019, meaning they already tend to keep their investments for longer than a year.

The Ethics Committee is appointed by the Governing Council and currently includes two former members – Patrick Honohan and Erkki Liikanen – and Virginia Canter, previously an ethics adviser to U.S. presidents and the International Monetary Fund.

This isn’t good enough for leftist Manon Aubry, who is among European Parliament lawmakers backing the creation of an independent body to check on ethical matters relating to top EU officials.

The Greens’ Giegold said the proposed changes would be steps in the right direction but would not solve the underlying conflict, namely that policymakers’ wealth tends to be affected by their decisions.

“There is a certain tension if rich people make policy,” Giegold said. “But what’s the alternative? That only poor people can become policymakers or that they have to give everything to charity? I don’t think that would be a good solution.” 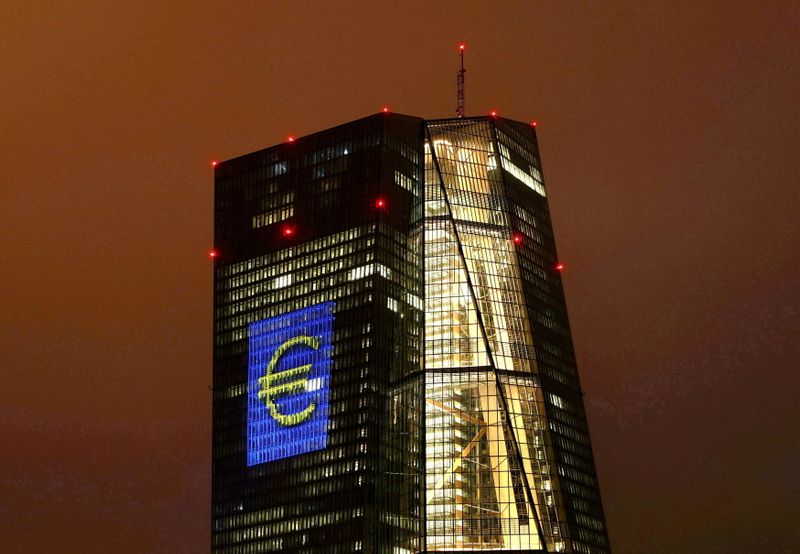