LOS ANGELES – The fatal shooting accident on the set of an Alec Baldwin movie has prompted calls for a ban on the use of real guns in TV shows and movies, with two producers already saying they will stop the practice.

“Booksmart” film director Olivia Wilde called on Hollywood to implement what she called “Halyna’s Law,” and a petition urging Baldwin to take the lead in a campaign to ban the use of real firearms had attracted more than 27,000 votes by Monday.

The campaign was prompted by the death of cinematographer Halyna Hutchins and the wounding of director Joel Souza on the set of the Western indie movie “Rust” at Bonanza Creek ranch near Santa Fe last week.

The two were hit when a revolver containing live rounds that was being used by Baldwin in a rehearsal https://www.reuters.com/world/us/alec-baldwin-seen-consoling-family-slain-cinematographer-set-problems-mount-2021-10-24 discharged. Baldwin had been told the gun was not loaded, according to authorities.

California state Senator Dave Cortese said he would introduce legislation intended to ban live ammunition and firearms capable of firing live ammunition from movie and TV sets in the state.

“Those working behind the scenes to entertain and bring joy to millions all over the world shouldn’t go to set worrying if they will return home safely to their family,” Cortese said in a statement.

Any eventual law would not apply to productions in other U.S. states or abroad.

Walt Disney Co, Warner Bros, Netflix Inc and NBC television did not respond on Monday to requests for comment on their gun policies going forward.

The tragedy has raised questions about safety on the set. Souza and cameraman Reid Russel told the Santa Fe Sheriff’s Department that six camera operators had walked out earlier in the day, according to court documents.

No one has been charged and police are still investigating how the prop gun came to be loaded with live rounds.

Prop guns are often real guns that are used on sets for the realistic visual effect of the flash and recoil after an actor pulls the trigger. They usually contain blank cartridges, which lack a bullet but use gunpowder https://www.reuters.com/world/us/prop-guns-spark-debate-after-cinematographers-death-set-2021-10-22, and can be fatal at close range.

“Hollywood: It’s time to create ‘Halyna’s Law,’ which will ban the use of real firearms on film production sets and create a safe working environment for everyone involved,” Wilde tweeted on Sunday.

She urged people to sign a change.org petition started by independent U.S. filmmaker Bandar Albuliwi after the accident.

“Real guns are no longer needed on film production sets,” Albuliwi wrote. “Please sign this petition and demand for Alec Baldwin to use his power and influence in the Hollywood film industry to make change and ban real guns on film sets.”

Baldwin on Monday declined to comment on the petition.

The producers of the ABC police television series “The Rookie” last week were among the first to announce that there would be no more “live” weapons on the show and that air guns and computer-generated effects would be used instead.

Eric Kripke, the executive producer of Amazon’s satirical superhero TV series “The Boys,” tweeted “no more guns with blanks on any of my sets ever. We’ll use VFX muzzle flashes. Who’s with me?” 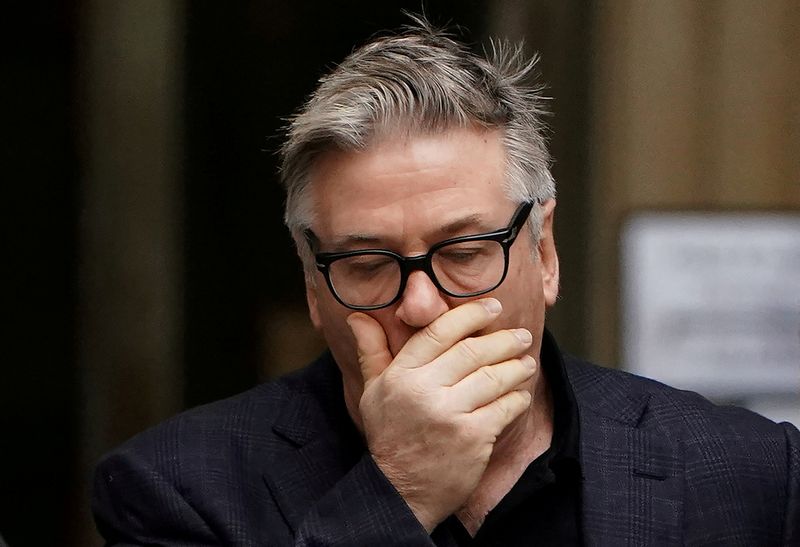