By Luiza Ilie and Gleb Stolyarov

BUCHAREST/MOSCOW – Russia reported a record high number of daily COVID-19 cases and some central European countries imposed fresh restrictions on Monday, as a new wave of the pandemic gathered pace.

In Asia, the Red Cross called for urgent help for Papua New Guinea and China’s latest outbreak forced the capital Beijing to delay its annual marathon and step up other curbs, less than four months before it hosts the Winter Olympics.

Authorities around the world have been sounding the alarm as infections surge, with governments in regions where vaccine uptake has been low forced to toughen up restrictions in a bid to stop the virus raging out of control.

“The pandemic is far from over. Complacency is now as dangerous as the virus. Now is the time to be on heightened alert, not to let down your guard,” World Health Organization Director-General Tedros Adhanom Ghebreyesus said on Monday.

Russia on Monday reported 37,930 new COVID-19 infections in the last 24 hours, its highest in a single day since the start of the pandemic, as well as 1,069 deaths related to the virus.

Frustrated by the slow take-up of Russia’s Sputnik V vaccine by its own population, authorities are introducing stricter measures this week to try to curb the spread of the pandemic.

Some regions imposed a workplace shutdown and from Thursday, Moscow will introduce its tightest lockdown measures since June 2020, with only essential shops like supermarkets and pharmacies open. Moscow schools are also closed, and unvaccinated over-60s in the capital have been ordered to lock down for four months.

Vaccine scepticism is high across central and eastern Europe, and as a result the region has become a hotspot.

Tougher restrictions came into force in Romania and the Czech Republic on Monday, while in Slovakia stricter rules were expanded to more regions. In Bulgaria, police will start imposing fines on people who break restrictions from Monday.

In Romania, where a deputy minister on Saturday lamented a “disaster situation”, the government reintroduced a curfew and made health passes mandatory for entry to most public venues.

While experts have said that a lack of confidence in public institutions caused by decades of Communist rule has fuelled vaccine scepticism in the region, there were signs that more people were now getting a jab.

In Romania authorities said inoculations were on the rise last week, while in the Czech Republic the daily number of doses administered was the highest since late-August.

The Dutch government also said it may impose new coronavirus restrictions to reduce pressure on hospitals struggling to deal with a swelling number of COVID-19 patients.

The International Federation of Red Cross and Red Crescent Societies warned of the potential for huge numbers of deaths in Papua New Guinea unless international action was taken to help the island nation’s struggling health service.

Less than 1% of the population has been fully vaccinated, according to Our World in Data figures, with the Red Cross blaming misinformation, public apprehension, and logistical challenges.

“Urgent efforts and further support are needed in healthcare to prevent a massive loss of life in the coming days and weeks,” Uvenama Rova, PNG Red Cross secretary general, said.

Chinese health officials warned on Sunday that its latest cluster, caused by the highly transmissible Delta variant, was increasingly likely to expand further.

Beijing has banned entry of people from other cities with cases, and closed indoor venues such as some chess and card parlours, even in districts without infections. Although the infection numbers are far smaller than many places outside China, authorities have adopted a zero tolerance strategy.

New Zealand saw its second-highest daily tally of COVID-19 cases since the pandemic began, with 109 new locally acquired coronavirus cases reported on Monday, the bulk of them in its largest city, Auckland.

Once lauded for its success in stamping out the virus, New Zealand has been struggling with an outbreak of the Delta variant centred in Auckland, despite the city remaining under a strict lockdown for more than two months. 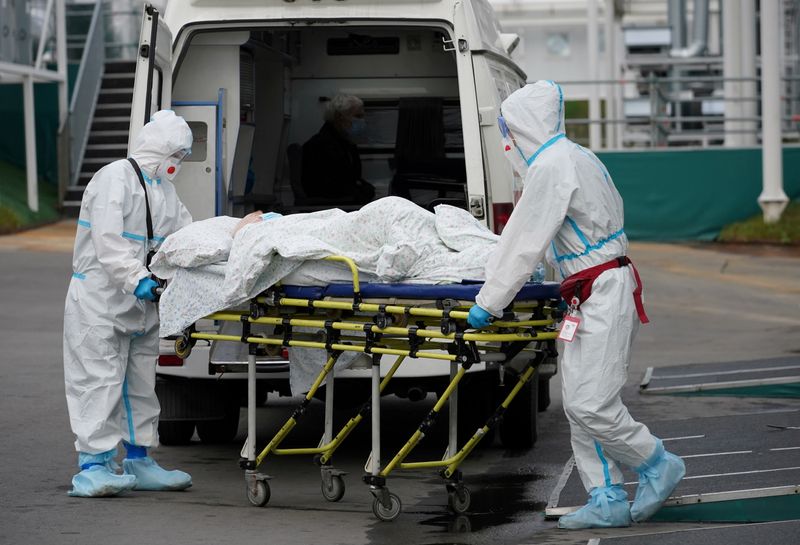