TOKYO – Japanese Prime Minister Fumio Kishida suffered an unexpected blow a week before his Liberal Democratic Party (LDP) heads into a national vote, as the loss of a closely watched by-election focused attention on his flagging support a month into the job.

Kishida has called for a “new capitalism” that would tackle inequality and promised to roll back some of the “Abenomics” policies of his former boss, Shinzo Abe.

Yet he has failed to inspire the public and a weak showing in Sunday’s lower house election could set him up to become another short-term premier, like predecessor Yoshihide Suga who stepped down after only a year.

Recent polls have put support for the LDP at around 38%, although the party – which has ruled Japan for much of the post-war period – and its junior partner Komeito are widely expected to together keep a majority.

Still, the loss of one of two parliamentary by-elections over the weekend shows the coming vote won’t be all smooth sailing. In Shizuoka prefecture, west of Tokyo, the LDP lost resoundingly to an independent candidate supported by the opposition, despite two visits by Kishida to woo voters there.

“The result in Shizuoka is disappointing,” Kishida told reporters on Monday, hours after the results. He said he planned to “solemnly accept” the decision and analyse the reasons for the loss.

The LDP won the other by-election, in the conservative stronghold of Yamaguchi. The two special elections were the first national polls since Kishida took office.

While he has publicly set a coalition target for a majority 233 seats in the 465-seat lower house – well below the 276 seats held by the LDP alone before the election was called – the focus remains on whether the LDP alone can keep its majority.

But that is looking difficult, said Shigenobu Tamura, a former LDP official and a political commentator, adding that such a setback could put pressure on Kishida.

“Depending on the outcome of the election, party members could start speaking up,” he said.

A poll by broadcaster Fuji News Network on Monday showed the LDP losing some 40 seats and said it was unclear whether the party would hang on to its majority.

However, another poll by the Asahi daily predicted that while the party would lose seats, it would still come in well above the 233 needed for a majority. 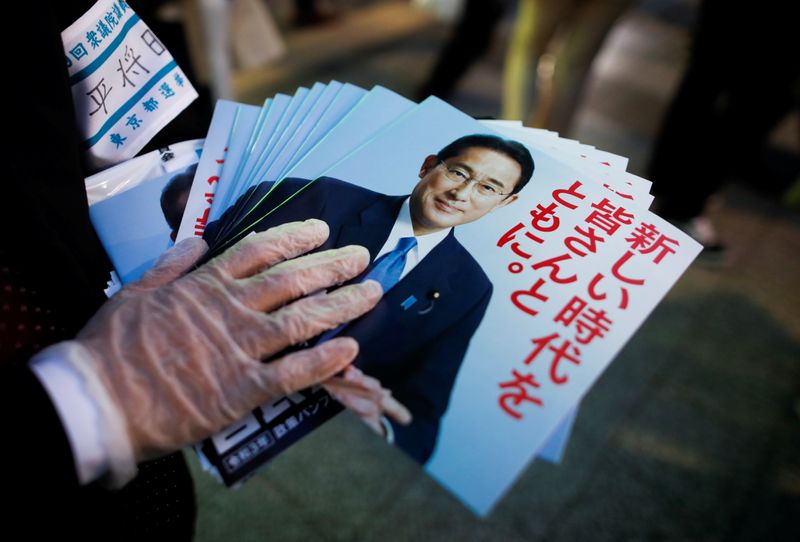