MADRID – Here are the talking points from the weekend’s action in LaLiga:

VINICIUS JR IS A RISING STAR

In the first El Clasico without Lionel Messi and Sergio Ramos, Real Madrid’s Vinicius Jr showed once again this season that he can be the leading light for his team as he shone in the biggest game in Spanish football.

Showing no signs of fear in front of a packed Camp Nou, the 21-year-old Brazilian forward ran the Barcelona defence ragged, winning six of his dribbling attempts and leading the counter-attack that ended with David Alaba’s first goal.

“He is a player that hurts defenders with his moves and he showed that against Barcelona. He is important for us, even when he doesn’t score,” said Real goalkeeper Thibaut Courtois after the 2-1 win that moved them within one point of the top of LaLiga.

Surprise LaLiga leaders Real Sociedad continued their unbeaten run that dates back to the opening game of the season and claimed a valuable point in a thrilling draw against Atletico Madrid, even though they were leading the game.

Unbeaten in every competition since losing to Barcelona in August, the Basque club held on to their position as league leaders despite missing a number of key players.

Led by former Manchester City player David Silva, Sociedad keep upsetting the odds and could be in with a chance of landing their first LaLiga title since 1982.

It could have been a better Sunday for Real Sociedad if Luis Suarez didn’t strike twice to rescue a 2-2 draw for Atletico Madrid as the Uruguayan striker continues to thrive despite his advancing years.

The 34-year-old veteran has been directly involved in six goals that Atletico have scored in the last four games, scoring five and assisting another.

Atletico are fourth in the standings on 18 points from nine games and Suarez is second in the league scoring charts with six goals, three behind Real Madrid’s Karim Benzema. 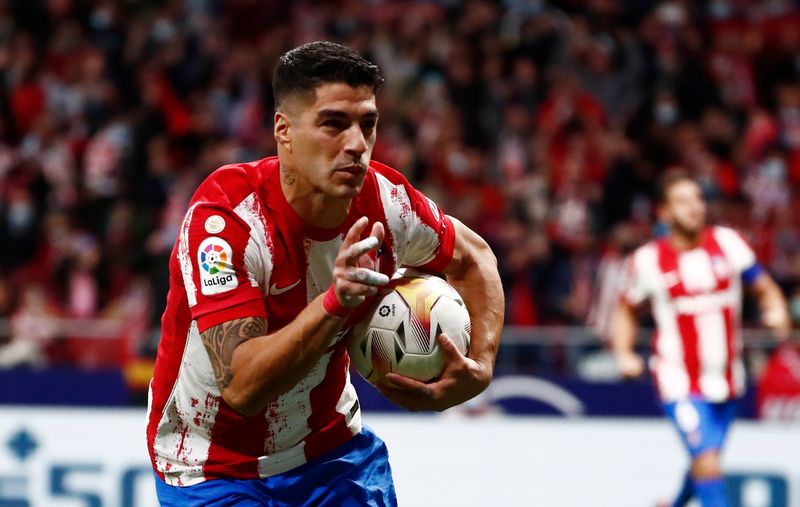