ISTANBUL -Turkey’s lira performed a volte face and bonds bounced back from multi-month lows after President Tayyip Erdogan welcomed statements on Monday from several Western embassies, paving the way for the de-escalation of a diplomatic row.

The lira had tumbled as much as 2.4% to a record low early in the day after Erdogan said on Saturday he had told his foreign ministry to expel the ambassadors of the United States and nine other Western countries for demanding the release of philanthropist Osman Kavala.

Though the currency pulled back from the brink after Erdogan made comments on his way to a cabinet meeting called to discuss the rift. He told state media he welcomed pledges by several Western embassies to abide by a diplomatic convention not to interfere in a host country’s internal affairs.

The lira strengthened 0.7% in the wake of the comment and were seen by analysts as an attempt to cool diplomatic tensions.

“It seems that President Tayyip Erdogan will not follow through on his previous threat to declare 10 Western Ambassadors ‘personae non gratae’,” said Wolfango Piccoli at Teneo.

“Just like in various past occasions, it seems Erdogan has been playing an expensive high-stakes game for short-term political gains.”

However, dollar bonds marked a similar reversal, pulling back from losses that had pushed them to multi-months low early on Monday to gain as much as half a cent in the dollar, Tradeweb data showed.

The president chaired a cabinet meeting at 3 p.m. (1200 GMT) to make a decisions on whether the expulsions would move ahead. Generally Erdogan issues a statement after meetings which was expected at around 1600 GMT.

The lira has lost over 22% of its value so far this year in a sell-off that had accelerated after the central bank eased policy, despite rising inflation, in a shock move derided as reckless by economists and opposition lawmakers.

Notwithstanding the bruising year for Turkish markets so far, analysts predict that the central bank will continue to cut interest rates despite inflation being set to accelerate due to the plunging lira and rising energy prices. The next policy meeting is scheduled for on Nov. 18.

“Problems with the exchange rate come from the central bank’s tendency under political pressure to ease monetary policy too early and too fast,” said Per Hammarlund at SEB. “President Erdogan’s overarching goal is to generate economic growth and for that he needs lower interest rates.”

Erdogan’s political opponents said his call to expel the ambassadors was an attempt to distract attention from Turkey’s economic difficulties.

Separately, state lenders Ziraat Bank, Vakifbank and Halkbank lowered their loan rates by up to 200 basis points, confirming a Reuters report on Sunday.

Analysts said the move could support some borrowers but also exacerbate pressure on the lira and the economy, given that Turkey’s benchmark bond yields shot up after the central bank slashed its policy rate by 200 points to 16% last week.

(Additional reporting by Jonathan Spicer in Istanbul and Karin Strohecker in London; Editing by Shri Navaratnam, Uttaresh.V and Angus MacSwan) 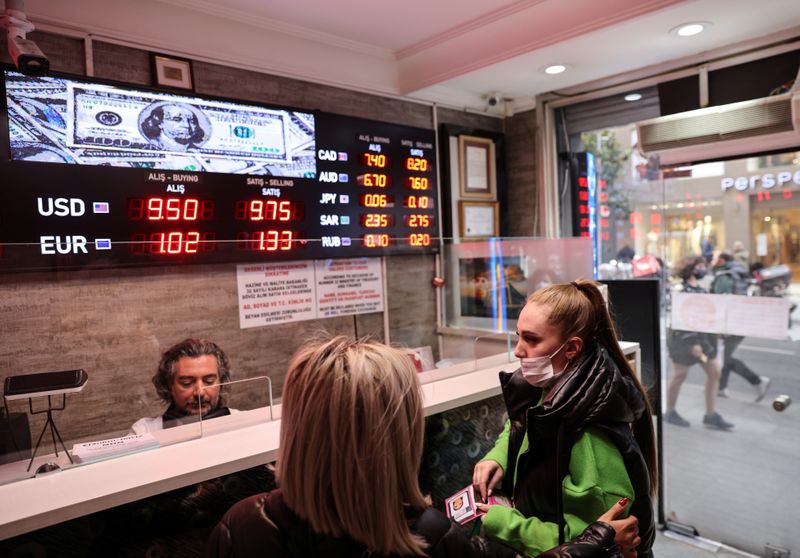 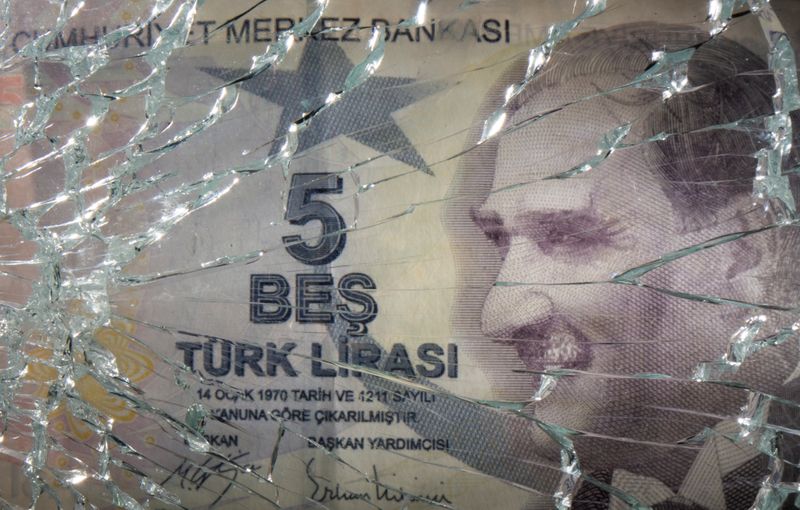 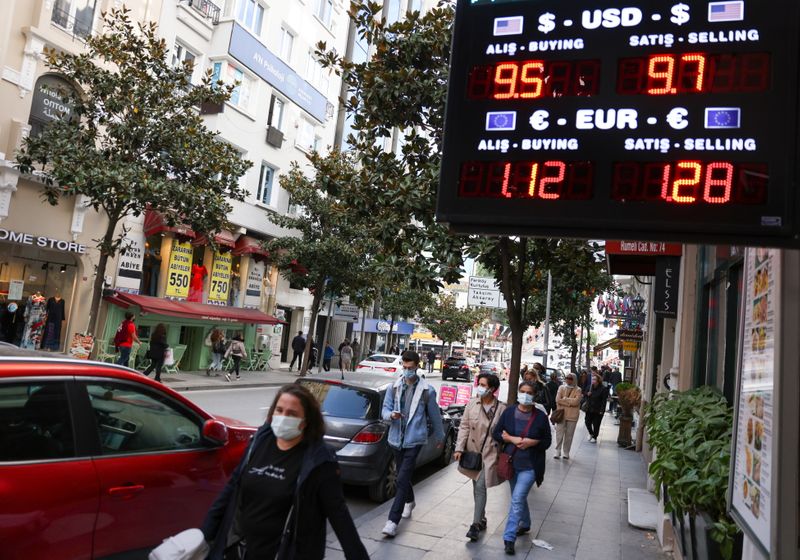 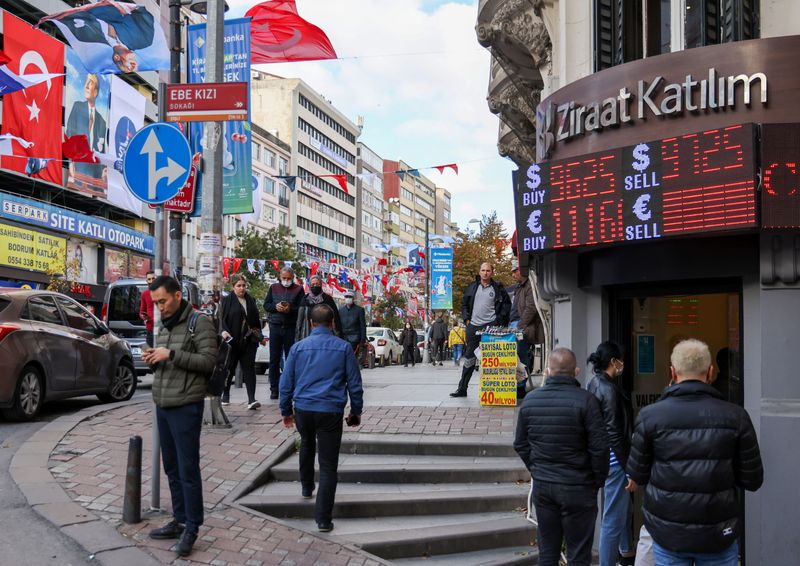