On Tuesday the maker of Aperol and Campari bitters reported a 12.8% yearly rise in like-for-like sales in the July-September period as consumers went back to drinking and dining out and splurged on aperitifs.

Adjusted operating profit, or earnings before interest and taxes (EBIT), came in at 137 million euros ($159.4 million), up 16% on the same period of last year when excluding foreign exchange, acquisitions and divestitures.

The group’s best-selling aperitif Aperol, which is the key ingredient for the Aperol Spritz cocktail, posted a 15.5% rise in third-quarter sales.

The group, however, flagged risks coming from rising costs and alerted investors about potential bottlenecks slowing down spirits shipments towards the United States and Asia.

“We normally raise prices every year… in 2022 we plan to have more robust increases than usual, given higher costs on all raw materials,” said Campari CEO Bob Kunze-Concewitz in a phone interview with Reuters after Q3 results.

Shares in the Milan-based group turned negative after results and were down more than 4% at 1450 GMT as investors took profit on the stock after it had briefly touched an all-time-high of 13.10 euros.

Campari will raise prices in all its main markets, including the United States, Kunze-Concewitz said, adding that speciality beverages such as Aperol and Campari could see higher increases than drinks that are more exposed to competition, such as vodka.

“We have increased tequila prices twice in 18 months, and we will have to do it again in 2022,” he said.

During a conference call on results Campari’s top executives said the group expected costs of materials, production and logistic expenses to increase by 5% at constant volumes.

Other companies around the world have warned investors and consumers about rising costs and workers and raw materials shortages. [L1N2RH0LQ]

Campari said it was also busy working to reduce the impact of bottlenecks due to ocean freighter issues and truck driver shortages.

“In the United States we have experienced booming consumption but we have issues with deliveries both at ports and on the ground … we are doing our best to reduce tensions in the supply chain,” Kunze-Concewitz said.


The Campari CEO said the group would also take action to be more efficient and adjust the mix of the products sold to protect its profitability.

“We expect the positive brand momentum and favourable sales mix to continue in the last quarter, helping to partially offset the intensifying input cost pressure, particularly logistics costs, accelerated brand building investments, as well as structure costs phasing,” he said in a statement. 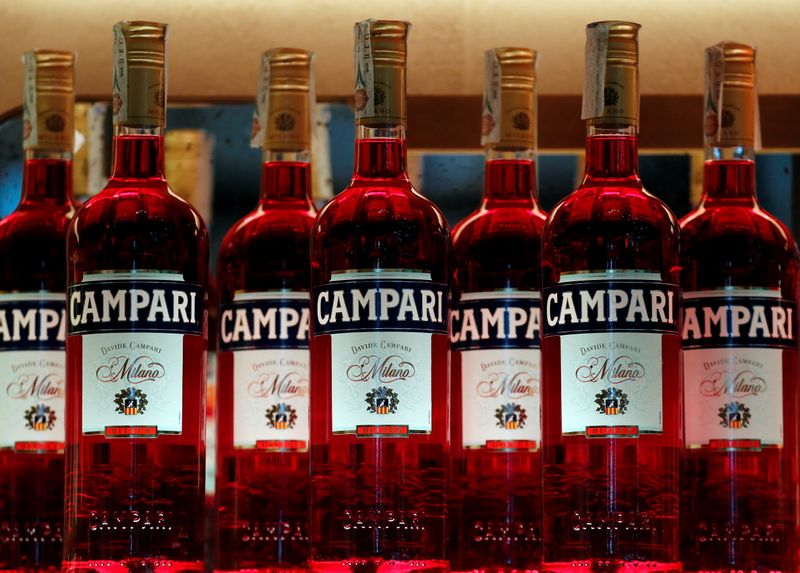