DUBAI -South Africa’s Quinton de Kock hurled himself in the eye of a storm after skipping Tuesday’s Twenty20 World Cup match against West Indies and defying a team order to take a knee which could jeopardise his further participation in the tournament.

South Africa captain Temba Bavuma revealed at the toss that the stumper-batsman had withdrawn from the Group I match in Dubai over “personal reasons”.

De Kock’s move came hours after Cricket South Africa (CSA) instructed the team to adopt “a consistent and united stance against racism” by taking the knee prior to the start of their remaining matches.

“As a team, we obviously were surprised and taken aback by the news,” Bavuma told reporters after their campaign-reviving eight-wicket victory against the defending champions.

“Quinton is a big player for the team, not just with the bat, but the role he plays from a senior point of view… not having that at my disposal as a captain was obviously something I wasn’t looking forward to.

De Kock had declined to take a knee in the past calling it “my own personal opinion”.

CSA Board chairperson Lawson Naidoo said commitment to overcoming racism “is the glue that should unite” the team.

De Kock’s defiance did not go down well with the CSA.

“…(CSA) has noted the personal decision by South African wicketkeeper Quinton de Kock not to ‘take the knee’ ahead of Tuesday’s game against the West Indies,” the board said in a statement.

“The Board will await a further report from team management before deciding on the next steps.”

South Africa face Sri Lanka in their next match on Saturday.

Asked if the team would seek a replacement should de Kock continue to be unavailable, Bavuma said that decision would not be his.

“It wouldn’t be my decision whether to replace Quinton or to get a substitute. That would be probably the coach and the selectors.

There was not enough time to hold conversations among the players on this issue, he said.

“You’ve got to appreciate the fact that the instruction came this morning from the board, and there wasn’t a great deal of time for us to kind of thoroughly discuss this matter,” Bavuma added.

“Unfortunately for us as players, it was a matter of us digesting what we’ve been told and finding a way for us to move forward.”

(Reporting by Amlan Chakraborty in Dubai; editing by Christian Radnedge) 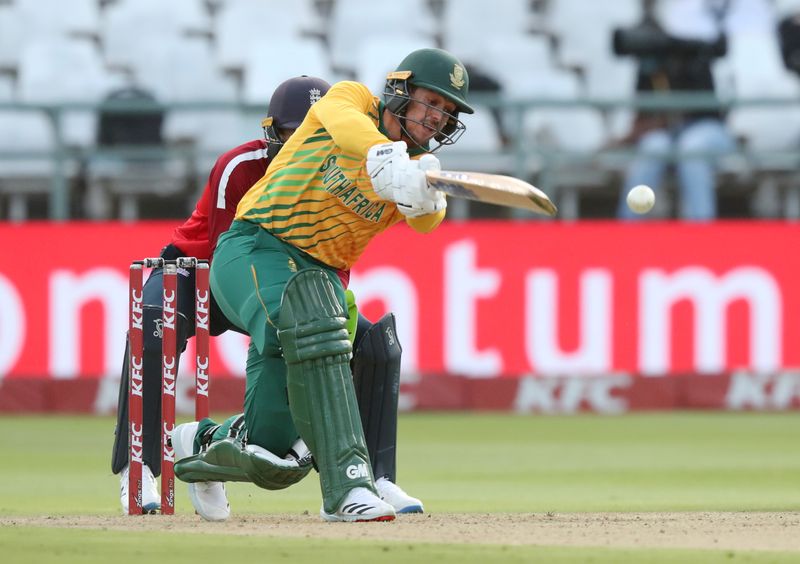