The petition signed by staff on Monday focused new scrutiny on Georgieva just two weeks after she won the IMF executive board’s backing despite allegations that as World Bank CEO in 2017, she applied “undue pressure” on bank staff to alter data to favor China.

The petition asked whether Georgieva or her office acted to “order, ask or advise staff to remove specific language related to climate change” from Brazil’s annual Article IV staff report before it was sent to the IMF board and after objections from Brazil’s representative on the board.

Bloomberg reported this month that the final language on climate change economic risks to Brazil in the report was “softened” from an initial draft.

In a response sent to staff on Monday and released on Tuesday, Georgieva said that the Article IV consultations with Brazil in late June and early July came shortly after the IMF board in May approved a policy to incorporate climate change mitigation recommendations in its surveillance of the world’s largest carbon-emitting economies.

She said the IMF staff did not have time for a full, in-depth analysis of Brazil’s climate risks, a point also raised by Alfonso Bevilaqua, the IMF executive director representing Brazil and 10 smaller countries. Georgieva said the final language “better fitted available analysis.”


“The Management Team, including myself, played a constructive role, aiming to preserve the integrity of staff’s work while seeking to understand the (Brazil) authorities’ concerns,” Georgieva said. “There was nothing unusual about this case; management often works to resolve differences among departments. Management exerted judgment that is fully within its prerogatives.”

The IMF staff petition made clear that staff would closely watch Georgieva’s decisions to ensure that she adheres to fund policies and procedures. It noted that Bevilaqua also played a key role in the IMF board’s ethics probe of the World Bank data-rigging allegations against Georgieva.

“While we do not think that there has been a quid pro quo, we do ask the Managing Director to realize that deviating from standard procedures and rules do make her (and the institution) vulnerable to such a perception,” the petition read.

The IMF board found no conclusive evidence of wrongdoing by Georgieva, but the fund’s largest shareholder, the U.S. Treasury, has demanded changes at both the IMF and World Bank to ensure data integrity and whistleblower protections.

Brent Neiman, the Biden administration’s nominee for the Treasury post overseeing the IMF and World Bank, told senators on Tuesday that the allegations against Georgieva “raised serious and legitimate issues and concerns.”

Reuters reported on Tuesday that the World Bank’s board has turned down Georgieva’s request to meet with the bank’s board to defend herself against the allegations made by the law firm hired by the board to investigate the claims. 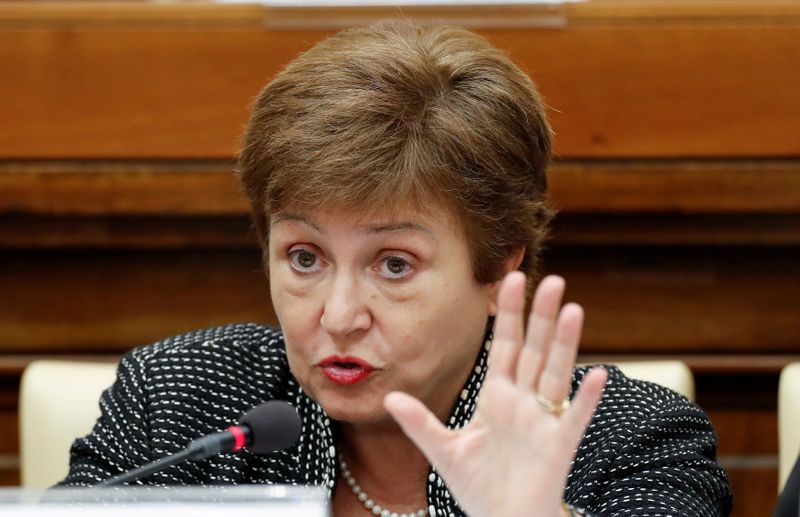