WASHINGTON – A former National Guard member who served in Iraq pleaded guilty on Tuesday to a felony charge of assaulting a U.S. Capitol police officer during the Jan. 6 riot at the Capitol by supporters of then-President Donald Trump.

Mark Leffingwell, 52, of Seattle, was arrested on federal riot-related charges shortly after Jan. 6, but was released on bail after a brief period in detention.

Leffingwell pleaded guilty to attacking Capitol Police officer Daniel Amendola during the assault on the U.S. seat of government, although he said at Tuesday’s hearing before U.S. District Judge Amy Berman Jackson that he pushed two police officers after they pushed him and then pushed one of them again.

Defense lawyer Mark Carroll confirmed to the court that Leffingwell pushed two policemen during the riot and “he shouldn’t have done it.”

Leffingwell told the court: “I shouldn’t have gone in (to the Capitol) . … I was not trying to attack.”

More than 660 defendants face charges for the Capitol assault in which supporters of Trump attempted to stop Congress from certifying Democrat Joe Biden’s November 2020 election victory. Trump has falsely claimed he lost because of widespread voter fraud.

Later on Tuesday, U.S. District Judge Trevor McFadden set June 13, 2022, for the trial of Kevin and Hunter Seefried, a father and son from Delaware who face felony riot charges.

Prosecutors say that shortly after entering the Senate side of the Capitol, Kevin Seefried was photographed holding a Confederate flag. Prosecutors also cited video posted on Twitter that they said shows Hunter Seefried punching out glass in a Capitol complex window. The Seefrieds have pleaded not guilty to all charges. 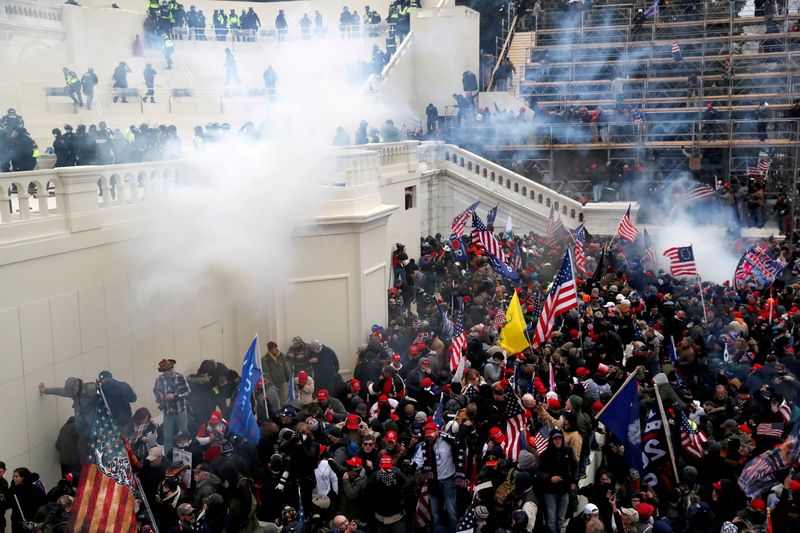 Elon Musk Says ‘Important’ Twitter Data Was ‘Hidden,’ May Have Been ‘Deleted’

Elon Musk Says ‘Important’ Twitter Data Was ‘Hidden,’ May Have Been ‘Deleted’