-Eli Lilly said on Tuesday it has started the application process for a U.S. approval of its closely watched experimental Alzheimer’s drug and expects a regulatory decision by the second half of 2022, potentially setting it up against rival Biogen’s recently approved Aduhelm.

Lilly said it has started a real-time submission for its donanemab to the U.S. Food and Drug Administration for accelerated approval for use in early Alzheimer’s disease.

Biogen used the same regulatory pathway, which requires a study to confirm the drug works as intended against the fatal mind-wasting disease, to get approval for its treatment in June.

Lilly said that even if it secured expedited approval based on mid-stage trial data, it expected to see modest uptake of the drug until full data from an ongoing late-stage trial becomes available. The company said it expected data from the larger study by mid-2023.

The note of caution appeared to weigh on Lilly’s shares, which have risen 45% this year through Monday’s close largely due to optimism around its Alzheimer’s treatment.

Lilly also said it had launched a head-to-head study comparing its donanemab to Biogen’s Aduhelm to assess which drug was more effective in clearing brain amyloid plaque deposits, which is likely to benefit patients with Alzheimer’s disease.

Lilly’s shares were up 1% in choppy trading after early gains following the company’s upgraded profit outlook for 2021 and a mixed third-quarter earnings report that showed a rise in sales of its COVID-19 antibody therapies, but also increased costs of developing some of its drugs denting profits.


The timeline for regulatory decision along with the company’s initial expectations for its launch could be playing a role in the stock’s weakness, Mizuho analyst Vamil Divan said.

Lilly raised its forecast for this year’s adjusted earnings per share to between $7.95 and $8.05, from an earlier $7.80 to $8.00 range, despite missing third-quarter profit estimates.

(Reporting by Manojna Maddipatla and Mrinalika Roy in Bengaluru; Editing by Ankur Banerjee and Tomasz Janowski) 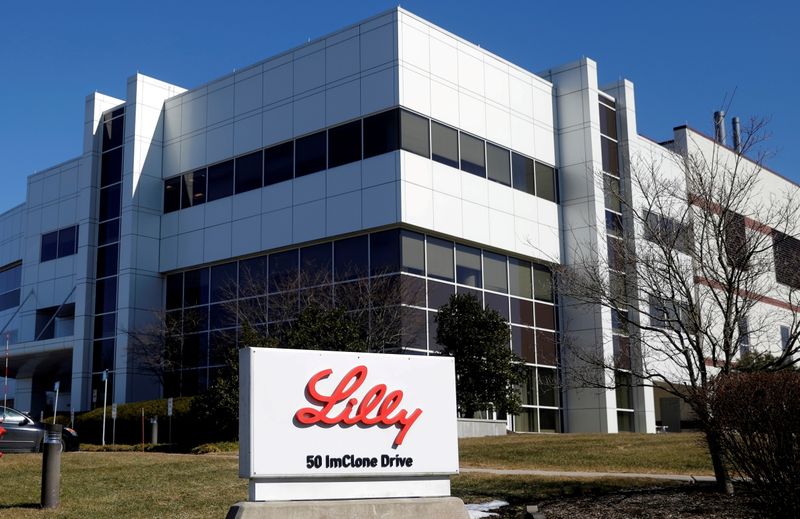