STOCKHOLM – NENT, the Swedish media group challenging streaming giants such as Netflix and Disney+, reported a 28% rise in subscriber numbers on Tuesday as its efforts to expand beyond Scandinavia brought in more viewers.

Its shares rose as much as 5% to hit a record 535 Swedish crowns in morning trade.

The company, known for high-quality dramas such as psychological crime series “Wisting” and “Darkness: Those who kill,” added 322,000 subscribers in the third quarter ended Sept. 30 versus the preceding three months, of which 36,000 were in the Nordics and 286,000 were international.

Citi analysts said the company had achieved a solid beat of expectations in international subscriber growth, which should give the market increased confidence in the group’s growth trajectory.

Its streaming service Viaplay is priced higher than peers in the Nordics and the company is open to experimenting with its pricing strategies in newer markets such as the United States.

“In the U.S. where we launch in mid-December .. we go with a more focused Nordic proposition, which will be priced at $4.99 per month,” Chief Executive Officer Anders Jensen said in an interview.

The company’s international markets include Estonia, Latvia, Poland and Lithuania, and it plans to launch in Britain, Canada, Germany, Austria and Switzerland, taking the number of markets to 16 by the end of 2023.

Streaming competition is increasing too with AT&T’s HBO Max making a debut in Europe on Tuesday by launching in six countries, including the Nordics.

“The fact that HBO is becoming stronger with HBO Max, Disney is in the market, and others from the U.S. are coming to Europe, it is probably a bigger problem for the market leader Netflix than it is for us,” Jensen said.

Viaplay has more than 90 original shows and more than 140 seasons of Nordic dramas, and plans to bring at least 50 productions this year and more than 60 for next year.

Its subscriber count also got a boost due to streaming of sporting events such as the Bundesliga, English Premier League, UEFA competitions and Formula One.

Adjusted operating income, however, fell to 80 million crowns ($9.3 million), compared with 176 million a year ago, including a 200 million crown impact due to Viaplay’s international expansion.

Costs will increase along with the expansion and a significant chunk of that will come in 2022, Jensen said.

(Reporting by Supantha Mukherjee in Stockholm; Editing by Rashmi Aich and David Holmes) 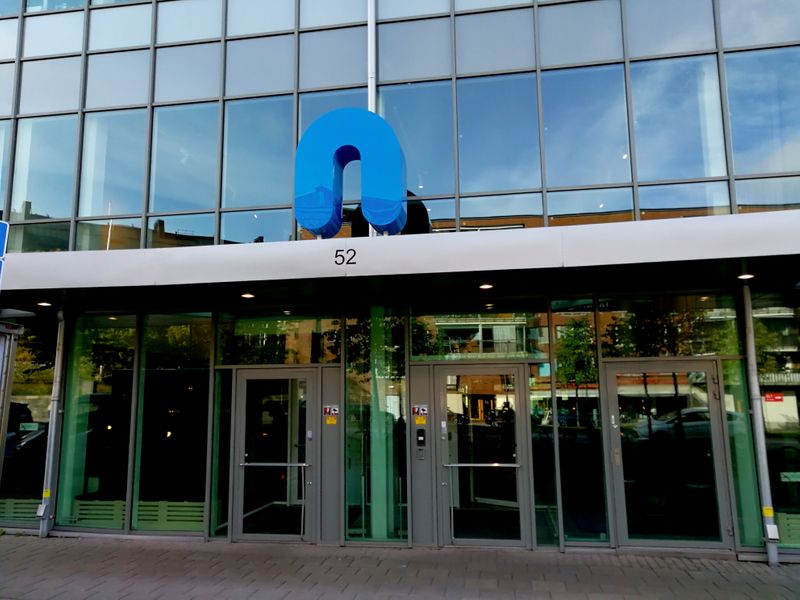