KARACHI, Pakistan – Pakistan’s interior minister said on Tuesday the government was ready to consider the demands of a banned Islamist group that has threatened to march on the capital Islamabad, but could not accept their call for the French ambassador to be expelled.

Thousands of activists from the Tehrik-e-Labaik Pakistan (TLP) movement have blocked Pakistan’s busiest road, demanding the release of their leader and the expulsion of France’s ambassador over the publication by a satirical magazine of cartoons depicting the Prophet Mohammad.

“We are ready for everything but their number one demand to expel the French ambassador, that is difficult for us,” Interior Minister Sheikh Rasheed Ahmad told reporters at a news conference. “We want to request them to review it.”

The demonstrators have camped near the town of Muridke on the Grand Trunk Road leading to Islamabad, continuing a protest that saw clashes in the eastern city of Lahore on Friday in which three police were killed.

He appealed to the group, which has paralyzed the capital in previous protest marches, to avoid creating a law-and-order situation in Islamabad ahead of a conference of foreign ministers from Islamic countries.

On Tuesday night, TLP announced it would start its march toward the capital unless the government honored its commitment.

“In case demands are not implemented in accordance with the negotiations, the TLP march will head out from Muridke to Islamabad,” the group said in a statement.

Following violent clashes in April, authorities designated TLP a terrorist movement and arrested its leader Saad Rizvi, who has been in detention ever since. 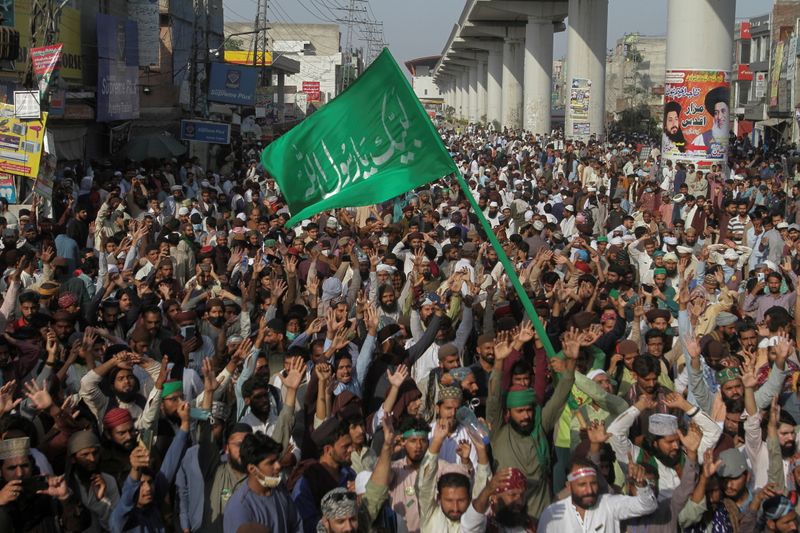 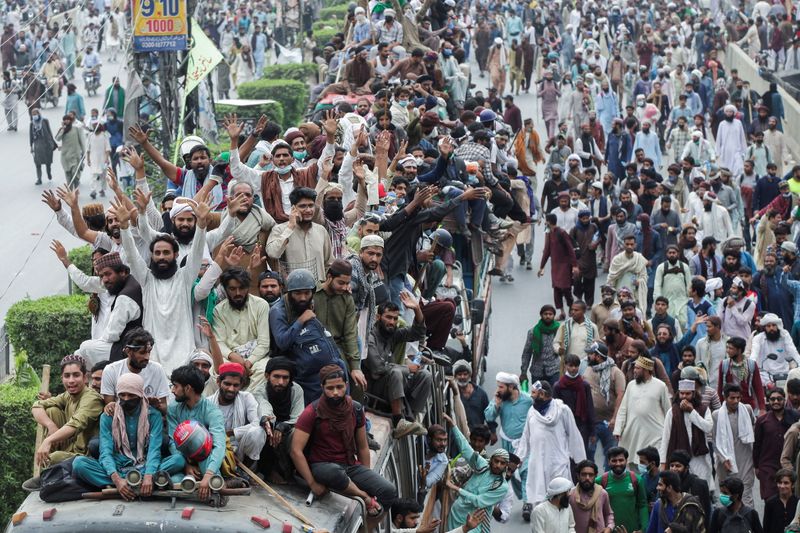 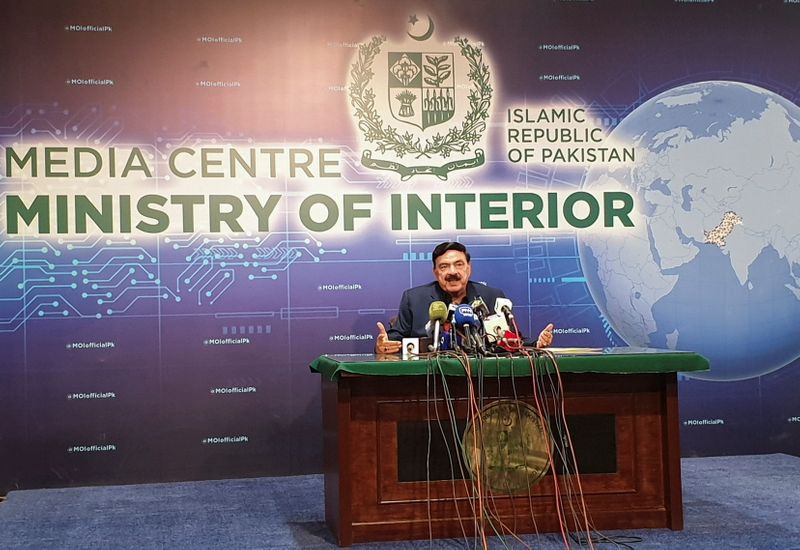