-Robinhood Markets Inc’s shares fell below their initial public offering price in after-hours trading on Tuesday after the retail broker reported softer revenue than expected for the third quarter as trading levels declined for cryptocurrencies like dogecoin.

Shares of Robinhood were down 8.77% at $36.10 following the release of the results, below the $38 they were priced at in the Menlo Park, California-based company’s July IPO and well below the $85 they hit in August.

Robinhood, which owns the app that was at the center of January’s trading mania for so-called meme stocks, said in August it expected retail investors to take a breather https://www.reuters.com/technology/robinhood-revenue-more-than-doubles-crypto-trading-boom-2021-08-18 in the third quarter.

The slowdown in retail trading, one of the standout market trends of the COVID-19 era, comes as vaccine rollouts in the United States have helped allow the country to ease pandemic restrictions and activities like sports and other entertainment to resume.

“Looking back at Q2, we saw a huge interest in crypto, especially doge, leading to large numbers of new customers joining the platform and record revenues,” Robinhood Chief Executive Officer Vlad Tenev said on a call with analysts.

Last quarter, trading in dogecoin – a token started as a joke – made up 62% of Robinhood’s cryptocurrency transaction volume.

Crypto revenue rose 860% from a year earlier to $51 million, but was 78% off its second quarter level, Robinhood said.

Equities trading revenue fell 27% from a year ago to $50 million.

Analysts had expected revenue of $431.38 million, according to IBES data.

Robinhood said it had 22.4 million funded accounts, down slightly from last quarter, but up 96.5% from a year earlier.

The retail trading slowdown has carried over into the current quarter, Robinhood said.

(Reporting by Noor Zainab Hussain in Bengaluru and John McCrank in New York; Editing by Arun Koyyur and Sonya Hepinstall) 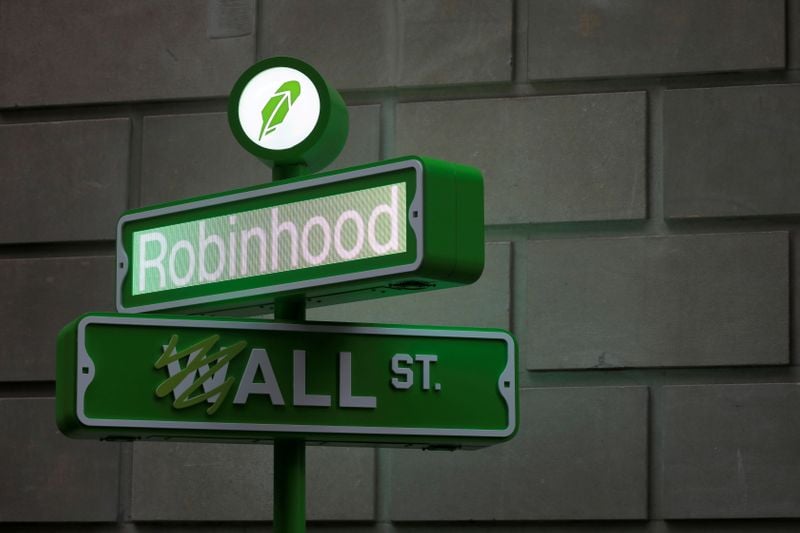