WASHINGTON – The thousands of hours of video of the deadly assault on the U.S. Capitol by Donald Trump supporters have overwhelmed the prosecutors and defense lawyers handling the hundreds of criminal cases and are delaying trials for some defendants.

The Jan. 6 attack, an attempt to reverse President Joe Biden’s November 2020 election win, produced an enormous volume of video – from security cameras around the Capitol, worn by police officers under assault and filmed by the rioters themselves, many of whom then posted their exploits to social media for the world to see.

As the Justice Department prosecutes more than 650 people on charges ranging from trespassing to assaulting police, it is struggling to share the sheer volume of evidence with defendants and their attorneys.

Defense lawyers and at least one federal judge have warned the delays may be infringing on defendants’ rights to speedy trials.

U.S. District Judge Amit Mehta raised that concern during an October hearing for 17 members or affiliates of the right-wing Oath Keepers, whose trial on charges including conspiracy and assaulting law enforcement officers he reluctantly agreed to delay until April.

“We’ve got to get to a point soon where defense counsel has reasonable access to this information. It’s just not acceptable any longer to keep hearing that the government is continuing to work on this,” Mehta said.

“I understand it’s an unprecedented case. An unprecedented amount of information. But what’s not unprecedented is that we’ve got defendants charged with serious crimes … and they’ve got rights, constitutional and statutory, to get to a trial if that’s what they want.”

The U.S. Constitution guarantees the right to a trial within 70 days, though that deadline is often extended to give defendants time to review evidence.

The Justice Department has amassed so much video evidence that it would take almost nine months, running 24 hours a day, to screen it all: 16,925 individual closed-circuit videos running a combined 4,800 hours, and 1,600 more hours of video taken by police officers’ body-worn cameras, according to an Oct. 22 court filing. Defense lawyers were given instructions for accessing that video database on Oct. 18.

A second database containing more than 100,000 records from the FBI and other agencies is not yet accessible, the Justice Department said.

It’s not unusual for major prosecutions to generate massive amounts of evidence. The 2013 Boston Marathon bombing investigation, for instance, generated 33 terabytes of data – the equivalent of 16,000 hours of high-definition video – including hundreds of images from surveillance cameras.

But in that and other high-profile prosecutions, such as the 2017 New York truck attack that killed eight people and the 2016 bombings around New York and New Jersey that injured 31, there was just one defendant.

That made sharing evidence easier, as there was one defense team for prosecutors to communicate with and much of the evidence focused on one person.

The Jan. 6 cases, some of which have already been resolved by plea deals, are more daunting: Hours of video show large crowds running through the Capitol, smashing windows and assaulting police officers. Any one video may depict dozens of defendants.

With each new arrest, more evidence is unearthed that could be relevant in other cases.

New video evidence was unearthed against Robert Reeder, of Maryland, the morning that he was scheduled to be sentenced on misdemeanor charges. That led prosecutors to postpone the sentencing to determine if they would pursue additional felony charges based on the new evidence.

They ultimately decided against it and the judge ordered him to serve three months.

The delays are of added importance to the 37 Jan. 6 defendants awaiting trial in the Washington, D.C., jail.

The Washington Department of Corrections said in a statement that it has “a several-weeks-long waitlist” for inmates to access evidence.

“They have very limited numbers of laptops that are available for all of the residents in the facility, and it is a four-to-six-week wait, at a minimum, before one can get the discovery,” said Michelle Peterson, an attorney for Oath Keepers defendant Jessica Watkins, who faces conspiracy and other charges, during a court hearing.

U.S. Attorney General Merrick Garland was warned during his first briefing on the Jan. 6 investigation about the challenges posed by the mountain of evidence.

In that March 11 meeting, a senior official proposed a plan that would fast-track getting evidence quickly to people in custody or those charged in complex conspiracy cases.

The plan also called for the Justice Department to quickly resolve less complex cases with plea deals, a move designed to ease the government’s burden to produce evidence because defendants typically waive their discovery rights.

But as of Oct. 6, only about 90 defendants have pleaded guilty.

Julian Khater, who is charged with assaulting Capitol Police, was in jail almost seven months before he was given access to the video evidence, said his attorney Chad Seigel.

Four people died on the day of the violence, one shot dead by police and the other three of natural causes.

U.S. District Judge Paul Friedman acknowledged the unusual challenges for prosecution and defense during a hearing where one defendant was seeking a speedy trial.

“This is a unique case in many, many ways which cuts both ways,” he said at an Oct. 19 hearing. “You can’t sit around forever and wait for every piece of discovery and every video.” 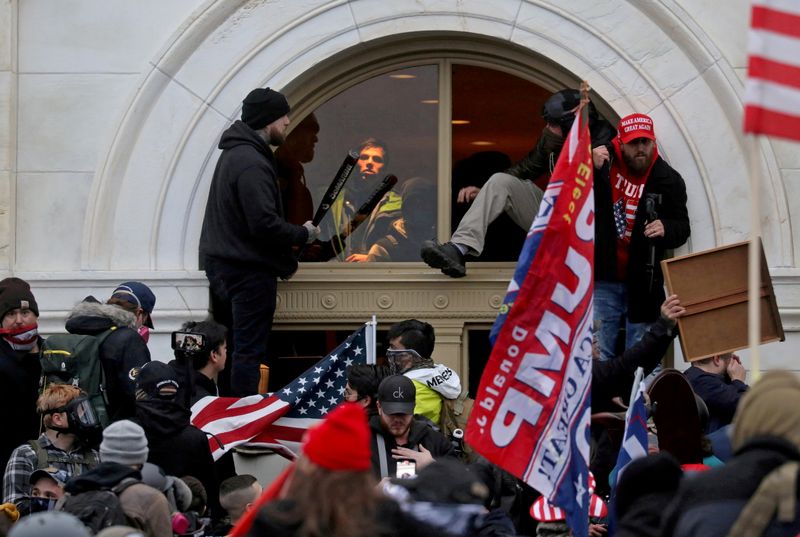 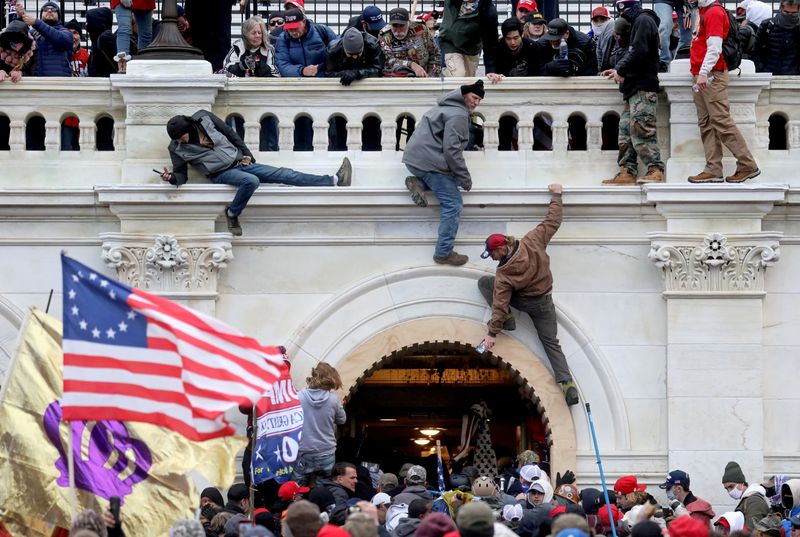 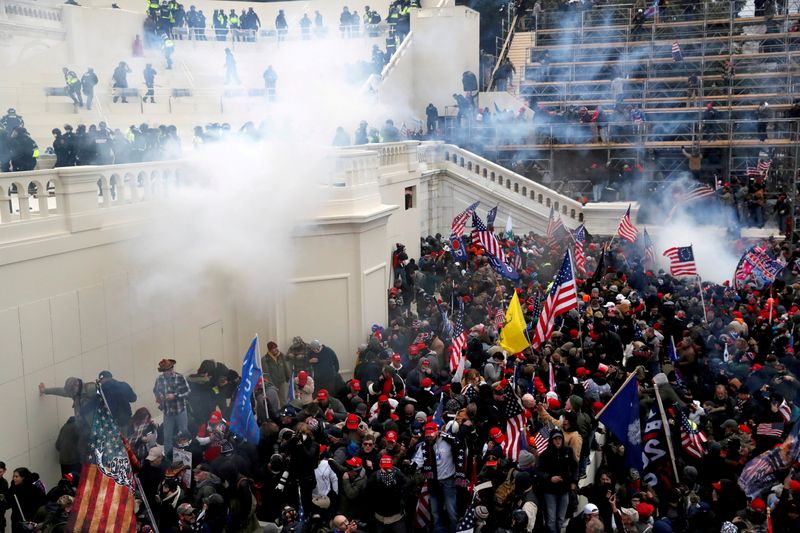