LONDON -A Cambridge University college and Paris museum will on Wednesday hand back cultural artefacts that were looted from West Africa during the colonial era, setting a precedent that will pressure other institutions to return stolen works.

Jesus College, Cambridge, will return a sculpture of a cockerel taken by British troops in 1897, one of hundreds of Benin Bronzes that were pillaged from the once mighty Kingdom of Benin, located in what is now Nigeria. They are among Africa’s most culturally significant artefacts.

“This is the right thing to do out of respect for the unique heritage and history of this artefact,” said Sonita Alleyne, Master of Jesus College, ahead of a ceremony to hand over the cockerel to a Nigerian delegation.

After being looted, the cockerel was given to Jesus College in 1905 by the father of a student. The college announced in 2019 it would return it to Nigeria.

The handover marks a milestone in the years-long fight by African countries to recover works pillaged by Western explorers and colonisers, at a time when numerous European institutions are grappling with the cultural legacies of colonialism.

Germany has agreed to start returning Benin Bronzes held in its museums next year. Britain’s University of Aberdeen said it would return a Benin Bronze that depicts the head of an Oba (king) on Thursday. It had purchased the sculpture at an auction in 1957, it said.

In a ceremony to be presided over by Macron, the Quai Branly museum will hand over to the republic of Benin 26 artefacts that were stolen from the Kingdom of Abomey in 1892. They are among 5,000 works requested by the West African country.

“We really need this, it’s only the beginning,” said Eusebe Dossou, a Benin national visiting the Quai Branly Museum. “We want everything returned.”

Nigeria’s government thanked Jesus College for being a “trailblazer” and said it looked forward the return of other artefacts by other institutions.

The British Museum has spoken about “opportunities for sharing and displaying” items from its collection in Nigeria, but has never said it would transfer ownership. 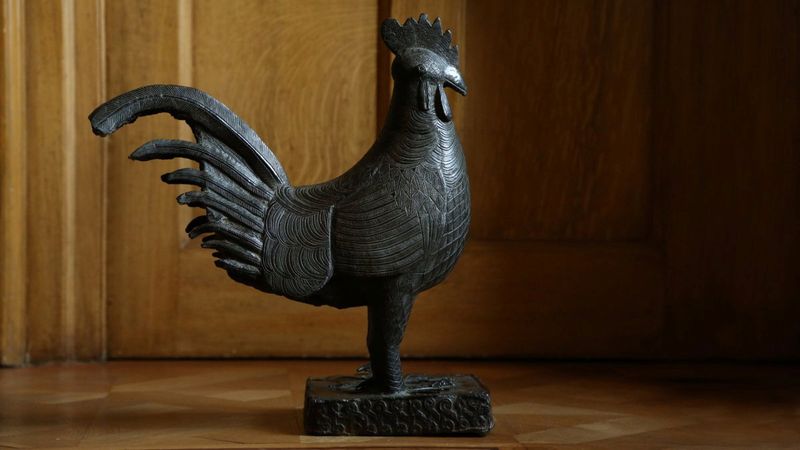 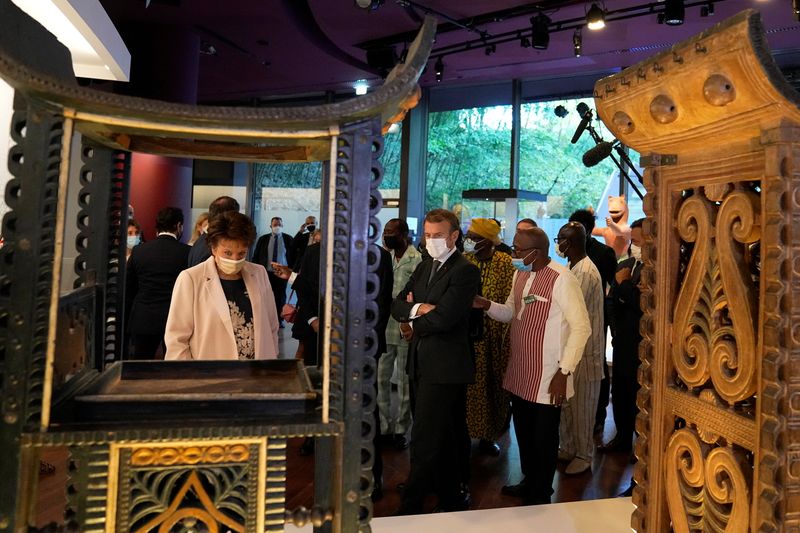 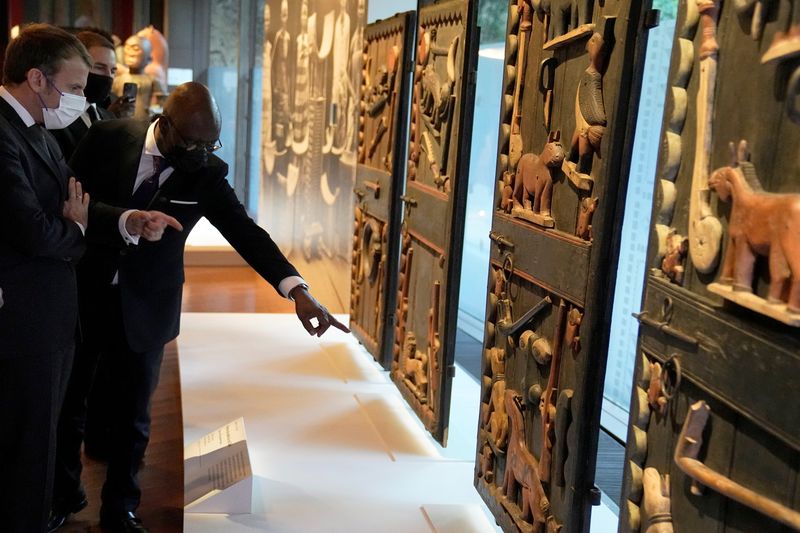