No. 2 seed Denis Shapovalov of Canada was on upset alert before recovering for a 2-6, 6-3, 6-0 second-round win over Spain’s Pablo Andujar on Wednesday at the St. Petersburg Open in Russia.

Eight of Shapovalov’s 11 aces came over the second and third sets. He dominated the deciding set, winning 72 percent of his return points and only losing 10 points overall.

Top seed and defending champion Andrey Rublev of Russia had an easier time in his first match, taking down Belarusian Ilya Ivashka 6-4, 6-4. Countryman Karen Khachanov also advanced in front of his home nation’s supporters, as the No. 6 seed won a Round of 32 match over France’s Adrian Mannarino 6-3, 6-3.

In the lone upset of the day, Germany’s Jan-Lennard Struff eliminated No. 7 seed Alexander Bublik of Kazakhstan 6-4, 6-3. Struff will face Shapovalov in the quarterfinals.

No. 3 seed Matteo Berrettini of Italy shook off a first-set tiebreak loss and defeated Georgia’s Nikoloz Basilashvili 6-7 (5), 6-2, 6-3 to be one of the first players through to the quarterfinals at Vienna, Austria.

Berrettini will meet Spanish 18-year-old Carlos Alcaraz, who knocked out Great Britain’s Andy Murray 6-3, 6-4 in a hefty 2 hours, 6 minutes. Alcaraz saved 8 of 10 break points he faced while Murray saved 10 of 15. 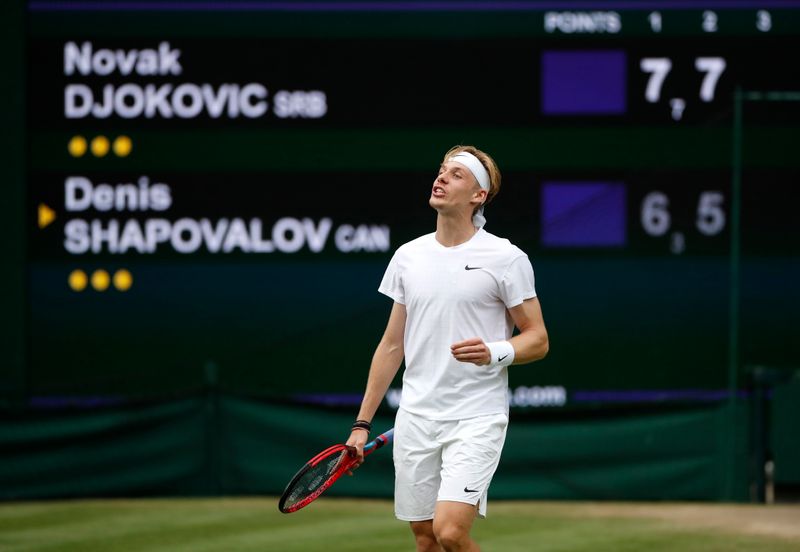