France could notably step up border and sanitary checks on goods from Britain, prevent British fishing boats from accessing designated French ports and beef up checks on trucks coming and going from the UK, the Maritime and European Affairs Ministries said in a joint statement.

“A second round of measures is being prepared. France is not ruling out reviewing its power supply to the UK,” the statement said.

French fishermen lack half the licences they need to fish in British waters and which Paris says are owed them after Brexit, government spokesman Gabriel Attal said earlier in the day.

Attal had said France was drawing up a list of sanctions that it could make public as early as Thursday. Some of them would come into effect early next week unless enough progress had been made, he added.

“Our patience is reaching its limits,” added Attal, who had highlighted that France’s supply of electricity to Britain could be one of the measures.

Asked about the situation, the spokesman for British Prime Minister Boris Johnson replied: “It is important to stress that 98% of fishing licences have been granted.”

“We continue to work with the French government on granting more based on the evidence they provide, as you know a number of additional licences have been granted in recent weeks. We will continue to have discussions with them on that point,” he added.

French European Affairs Minister Clement Beaune separately told a French parliamentary hearing that France could step up border checks on goods from Britain if the situation regarding the fishing licences did not improve.

“Our objective is not to impose these measures, it is to get the licences,” Beaune added.

The dispute centres on the issuance of licences to fish in territorial waters six to 12 nautical miles off Britain’s shores, as well as in the seas off the coast of Jersey, a Crown Dependency in the Channel.

Tensions over the situation caused both France and Britain to dispatch maritime vessels off the shores of Jersey earlier this year. 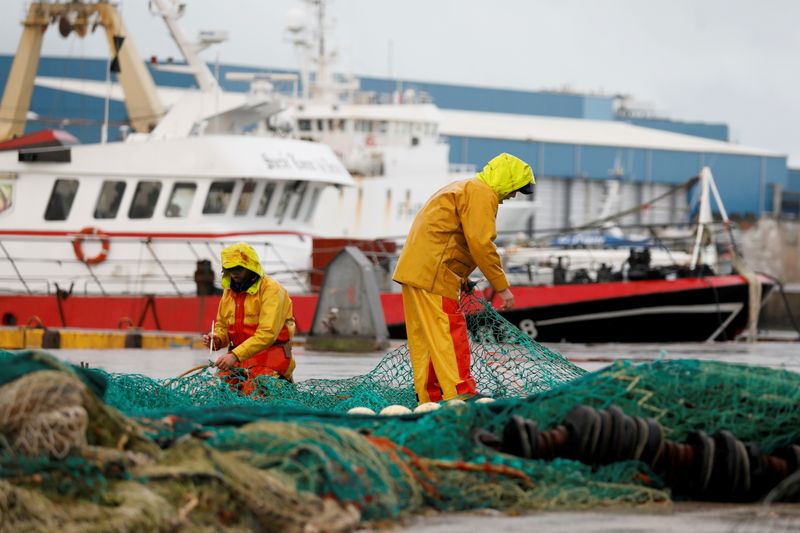