BRUSSELS – Global bottlenecks are a result of a huge demand spike rather than fundamental problems in the supply chain, the WTO’s chief economist said on Wednesday, in an opinion supporting the view of central banks that this is a transitory phenomenon.

G20 leaders are expected to discuss supply chain bottlenecks and apparent shortages when they meet in Italy this week, but Robert Koopman said that policies to address supply chain difficulties were ignoring the main issue.

“I think the real issue here is demand, and demand is driving what is this perception of shortages even though it’s not clear to me that supplies are below where they were in 2019, except in things like automobiles,” Koopman told Reuters in an interview.

“It’s part of the cost of the quick recovery.”

Consumer spending in advanced economies had surged, helped by fiscal and monetary support, and shifted because of the pandemic more to at-home offices and other goods from services, such as restaurants or vacations.

“Demand has continued to grow beyond the level that the supply chain was established to be able to provide,” Koopman said.

The automotive sector has struggled. Koopman said that, with hindsight, they had made a mistake by sharply reducing orders during the pandemic, with subsequent demand far exceeding expectations. Chipmakers had meanwhile shifted focus to supply laptop and mobile phone producers, for which demand was strong throughout the pandemic.

The International Monetary Fund trimmed its forecast for global growth this year, partly due to such disruptions, but it is still strong at 5.9%, and 5.2% for advanced economies.

Koopman said that global production as a whole was strong and air and sea freight volumes were at or near all-time highs. Bottlenecks, such as at U.S. ports, concerned more the ability of trucking and rail operators who were struggling to absorb the demand surge.

The physical capital and most of the labour was still in place, so supply chains should continue to function, even if they were struggling now.

“My guess is that we should after the New Year start to see things slow down. That might depend though on stimulus measures in different countries,” Koopman said. 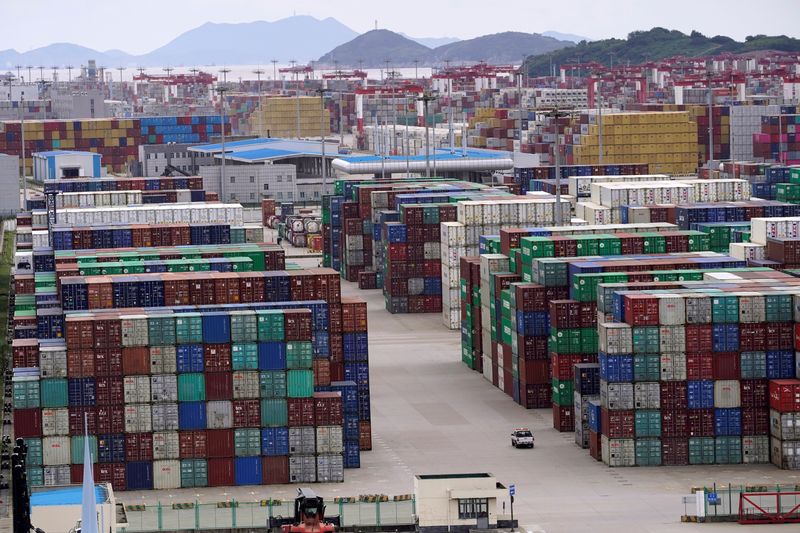