QUITO (Reuters) -Thousands of demonstrators protested against the economic policies of conservative Ecuadorean President Guillermo Lasso on Tuesday, days after he raised gasoline prices, blocking roads in some parts of the country.

Lasso, an ex-banker who took office in May, last week scrapped https://www.reuters.com/business/energy/ecuador-scrap-monthly-fuel-price-increases-establishes-fixed-price-lasso-2021-10-22 planned incremental rises in gasoline charges, meant to eventually align with international costs, following pressure by indigenous and other organizations.

He opted instead to raise the price of gasoline extra, a higher octane gasoline that is Ecuador’s most-used fuel, to a fixed $2.55 a gallon and diesel to $1.90 a gallon.

But unions and other groups want Lasso to freeze prices at lower rates and exempt sectors hit hard by COVID-19.

Five police officers were injured and two members of the armed forces were being held by a community in northern Quito, but were unharmed, Defense Minister Luis Hernandez told journalists.

Thirty-seven people were detained for blocking roads, he added.

The Ecuador Confederation of Indigenous Nations said demonstrators had been injured but did not give a figure.

Interior Minister Alexandra Vela said marches were peaceful except for a few incidents in the afternoon and said the government was open to dialogue.

“We don’t agree that the measures implemented because of the crisis should fall on workers and the middle class,” said university professor Victor Sanchez, 55, as he marched in central Quito with about 1,000 others.

Police used tear gas in the capital amid small clashes with protesters, while officers on horseback blocked the entrance to the plaza that had been the marchers’ destination.

Indigenous groups blocked the road that connects Quito to the country’s north with earth and trees, and others in various Andean provinces were closed.

Indigenous organization CONFENIAE said some roadways in the Amazon region had been shuttered from the early morning.

“We didn’t come to destabilize, we came to make economic demands of the government,” CONAIE president Leonidas Iza told demonstrators in Panzaleo. 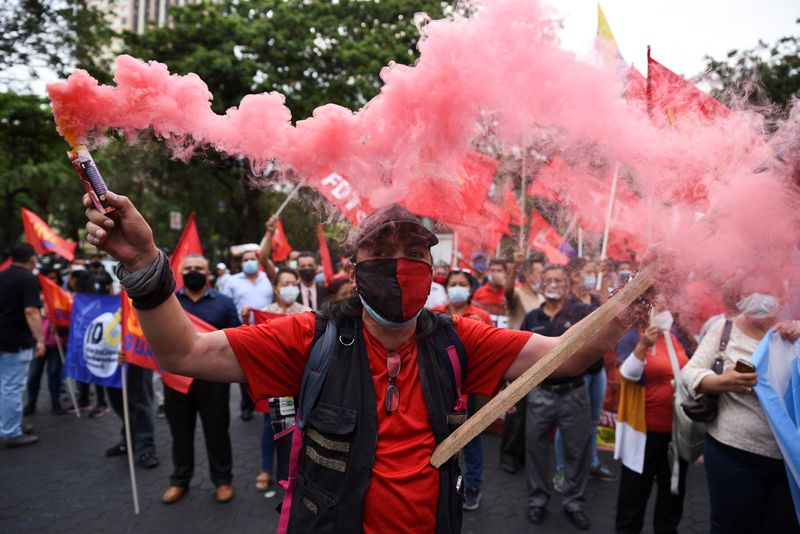 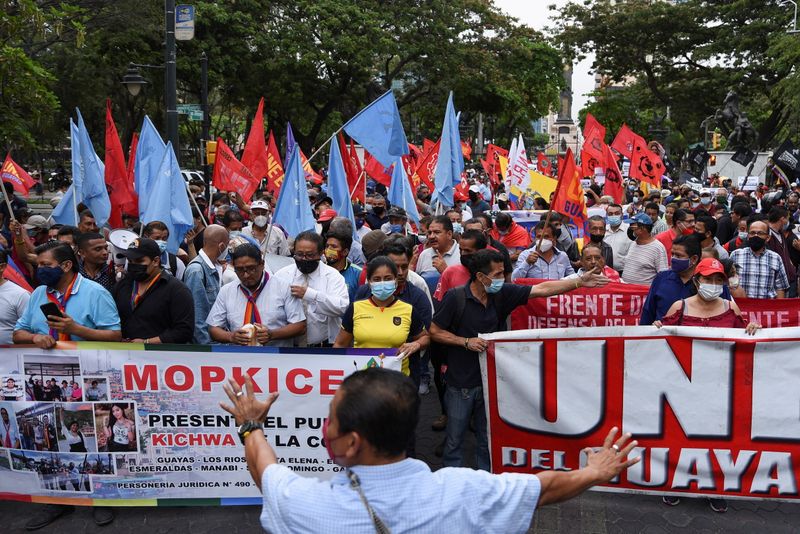 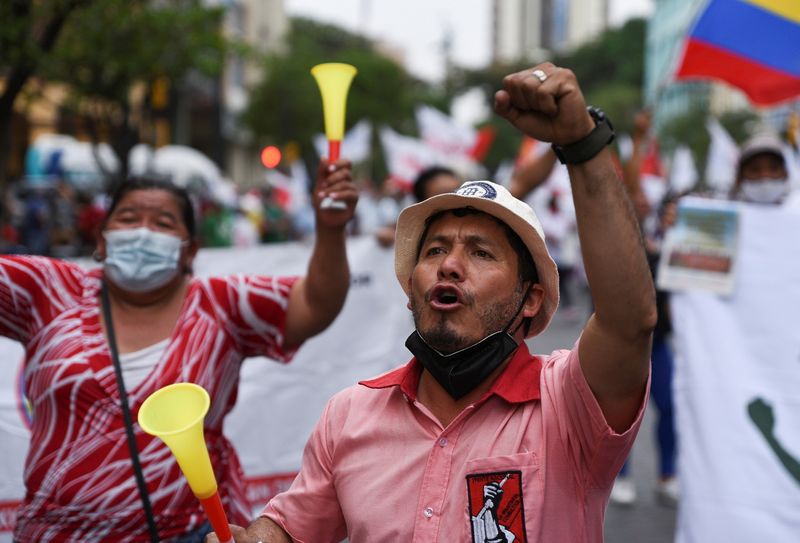 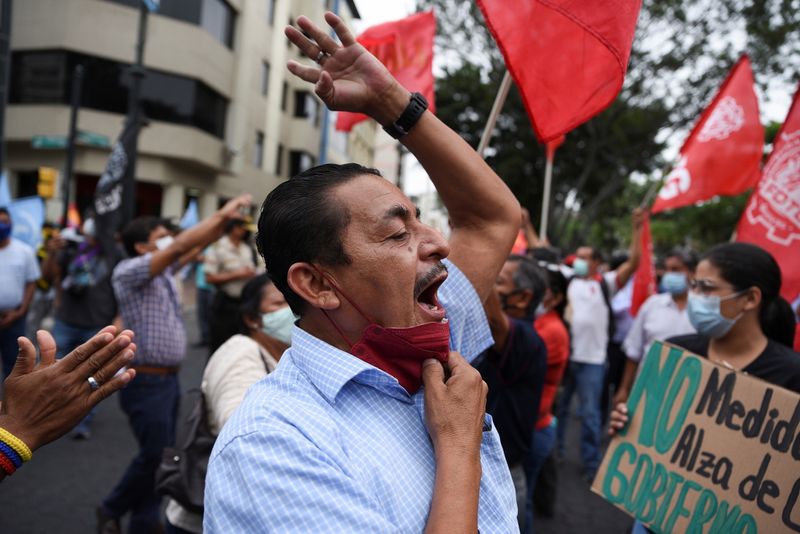