QUITO – Ecuador’s government will ask the legislature to approve a law that would allow the Andean country to bring down irregular airplanes, President Guillermo Lasso said on Wednesday, part of a crackdown by his administration on crime and drug trafficking.

Earlier this month Lasso declared a state of emergency https://www.reuters.com/world/americas/ecuadors-president-declares-60-day-state-emergency-over-rising-crime-2021-10-19 that allows for increased police patrols, among other things. He also wants to set up a new coastal radar system.

“Soon we’ll present to the National Assembly a law that authorizes the bringing down of irregular airplanes that do not follow the orders of the Ecuadorean Air Force,” Lasso said during an air force ceremony in Quito, without giving further details.

Citing the military, he said that part of the country’s territory had been taken over by drug traffickers.

The government has said the 60-day state of emergency is a response to rising homicide figures nationwide and other crimes related to narcotic seizures, which total 147 tonnes so far this year.

Violent deaths have also risen within prisons. Last month 119 people were killed in disturbances in a prison in Guayaquil, which the government has blamed on fighting between drug gangs.

Ecuador will mount a new radar system in the coming weeks in the province of Santa Elena, joining one which began functioning on Wednesday in Manabi, Lasso said.

The systems will help identify airplanes that have entered the country’s airspace without authorization, he said, adding that planes arriving with guns and money and leaving with drugs have been detected on clandestine runways in both provinces.

“With this government the history of giving drug traffickers Ecuadorean territory will end. They took advantage of the lack of radar,” he said.

Lasso’s comments coincided with an announcement by the attorney general of the arrest of 12 people from three crime groups operating along the coast of Manabi and Guayas. 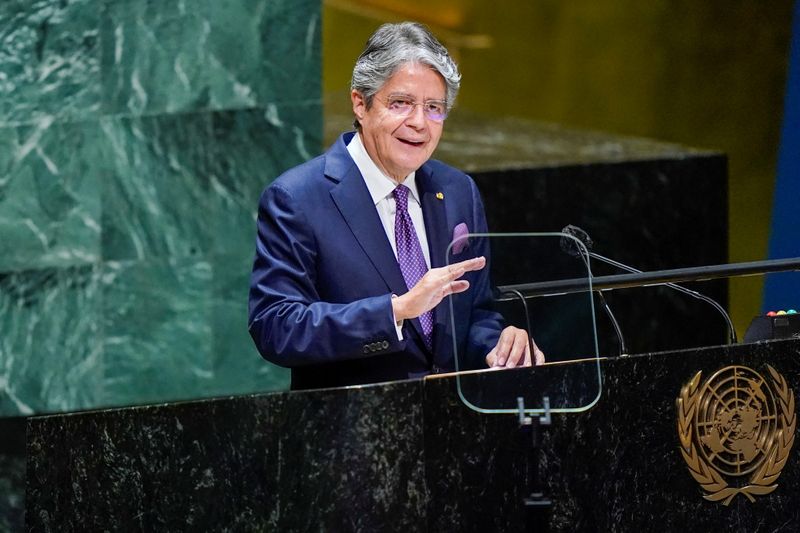