JAKARTA – Indonesia’s decision to block internet access during periods of social unrest was lawful, its constitutional court ruled on Wednesday, in a move activists said sets a dangerous precedent for internet freedom in the world’s third largest democracy.

During 2019 demonstrations in the country’s easternmost region of Papua, Indonesian authorities throttled internet access in what the government said was an attempt to prevent violence that could have been sparked by the rapid spread of online disinformation.

Rights groups said the curbs violated freedom of expression and were enacted to suppress civil unrest, a view upheld by an administrative court last year.

But such moves were “within reason”, given the threat to public order, and were in line with Indonesia’s constitution, said Constitutional Court judge Enny Nurbaningsih, one of a panel of nine sitting judges, seven of whom ruled in the government’s favour on Wednesday.

“This could threaten our freedom of press, and eventually our democracy could backslide,” said Sasmito Madrim, chairman of Indonesia’s Alliance of Independent Journalists, which was part of the coalition of civil society organisations that filed last year’s judicial review.

Indonesian communications ministry spokesman Dedy Permadi said the government would study the ruling, which is final and binding, and use it to guide its decision to “prevent the spread of internet content that violates the law”.

The sometimes violent 2019 demonstrations broke out in a number of cities from after Papuan students on Java island were allegedly taunted with racist slurs and some demonstrators called for Papua to be independent from Indonesia.

The government also restricted internet access in the capital Jakarta in 2019 after deadly protests erupted following a divisive presidential election.

Arif Nur Fikri, from civil society organisation Kontras, said he was concerned the arbitrary restriction of local media could recur. 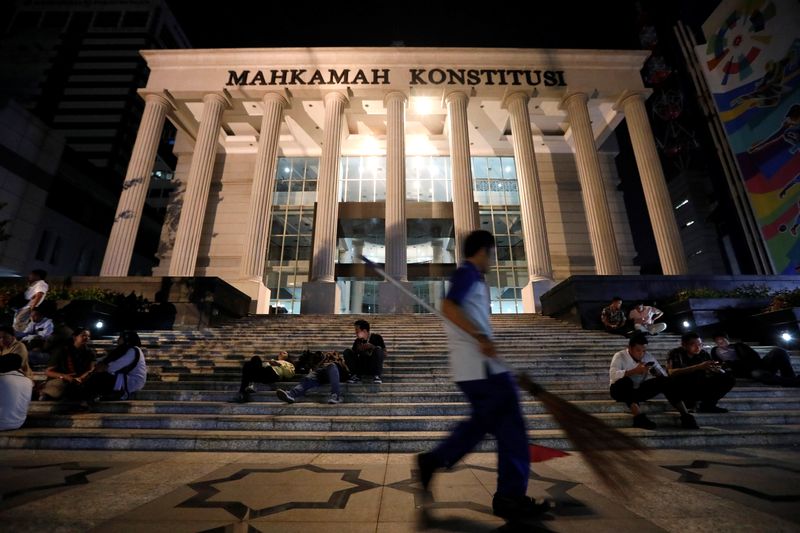