NEW YORK – Attorneys for 40 former Washington Football Team employees said on Wednesday their clients want the findings of an independent investigation into their ex-employer made public, hitting back at comments by National Football League Commissioner Roger Goodell.

The NFL fined the team $10 million in July after the investigation, which included interviews with more than 150 individuals, showed widespread bullying and sexual harassment.

Goodell told reporters on Tuesday that the league released a summary of the findings – as opposed to a lengthy written report – to preserve the anonymity of those who came forward.

But attorneys Lisa Banks and Debra Katz said that approach was not what their clients wanted.

“It is simply not true, as you suggest, that because some of our clients wanted anonymity that they therefore did not want a report produced or made public,” Banks and Katz said in a letter on Wednesday, arguing Goodell “misrepresented the wishes” of their clients.

“Let us be clear: Our clients do not wish any further ‘protection’ from you by withholding this report,” they added.

The NFL did not immediately respond to a request for comment.

The attorneys also said that Washington Football Team owner Dan Snyder had faced “no real accountability” following the investigation, echoing comments by two of their clients who spoke to reporters at a league meeting in New York on Tuesday.


Goodell told reporters on Tuesday he believed Snyder had been held to account and pointed to the “unprecedented” fine the league imposed on the team.

Snyder was not suspended following the investigation but stepped down from day-to-day operations after Washington named his wife, Tanya Snyder, as co-chief executive of the team.

The U.S. House of Representatives Committee on Oversight and Reform has requested information and documents on the investigation, setting a Nov. 4 deadline for its request. Goodell has said the league would cooperate. 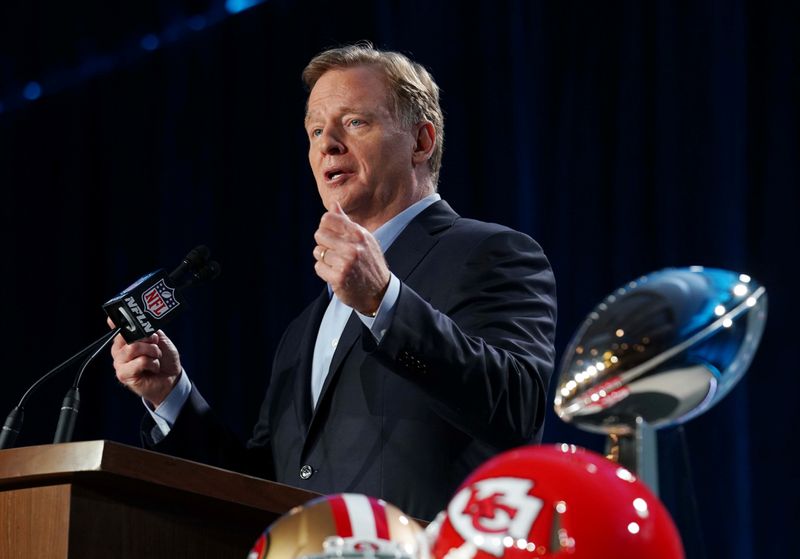