AMSTERDAM – Visitors to Amsterdam may soon spot a self-driving watercraft the size of a small car cruising silently through its ancient canals, ferrying passengers or transporting goods or trash.

It will be the electric-powered “Roboat”, a catchier name than “autonomous floating vehicle” for a project shortly due to start test journeys aimed at improving the crowded city’s transport options.

“We have a lot of road traffic and congestion, e-commerce, logistics cluttering the small streets in the city,” said Stephan van Dijk, Innovation Director at Amsterdam’s Institute for Advanced Metropolitan Solutions, which is designing and engineering Roboat with The Massachusetts Institute of Technology (MIT).

“At the same time we have a lot of open water available in the canals … So we developed a self-driving, autonomous ship to help with logistics in the city and also bringing people around.”

After four years of trials with smaller versions and refinements of the concept, the makers showed off the first two full-size, functional Roboats on Wednesday

One of the first test applications of the craft will be for an unglamorous but important task: trash collection.

The job is normally done by trucks, but they are a safety hazard on the city’s narrow streets and cause traffic jams. Instead, Roboats stationed at the waterside will act as floating trash containers, scooting back to base when they’re full.

The city, which is backing the project, is considering locations for a trash collection pilot project starting early next year, Van Dijk said.

Roboats will need to be connected digitally to the city’s water traffic management to avoid collisions, but Van Dijk said one big advantage is that they don’t require human drivers and “see” as well at night as during the day.

“So we can use also night-time to pick up waste and bring in construction materials into the city, while for instance leisure boating is more (active) during the day,” he said, leading to better distribution of water traffic.

Technical details of Roboat are at the project’s website https://roboat.org, including its battery performance and wireless charging system.

Below the waterline, it works somewhat like an upside down air drone: two propellers, fore and aft, and two thrusters on either side of the bow, allow it to manoeuvre nimbly, including smooth berthing that would put most human skippers to shame.

Laser imaging at the front, GPS systems on front and back, and multiple cameras on the sides help with positioning. Programming the Roboat is done from computers on shore.

It is not yet permissioned to enter the city’s normal water traffic with passengers. But longer term, the medium size and slightly boxy chassis of the 1,200 kg (2,645 lb) craft can be used for passenger, trash and transport models, and it was developed so that Roboats can link together.

Linking Robats will open the door to more one-off uses, Van Dijk said, such as creating a floating concert platform, a temporary bridge, forming a barge, or, in sea-faring versions, to form a circle of Roboats to help contain an oil spill. 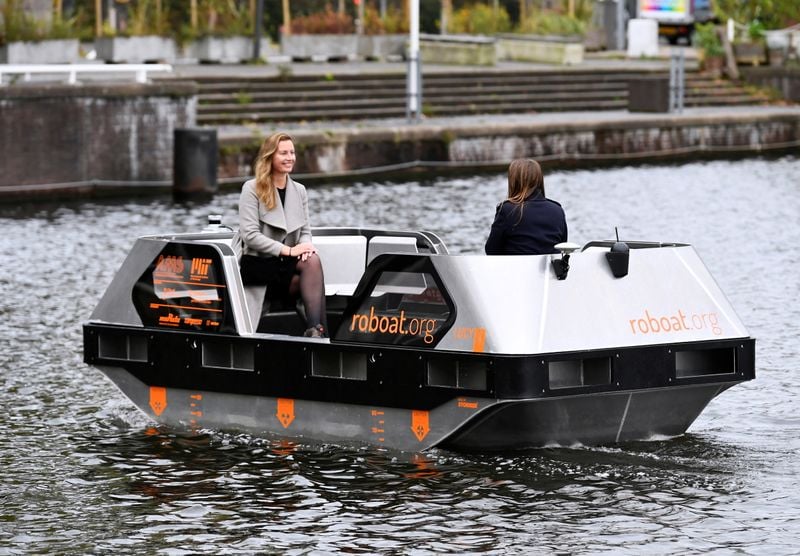 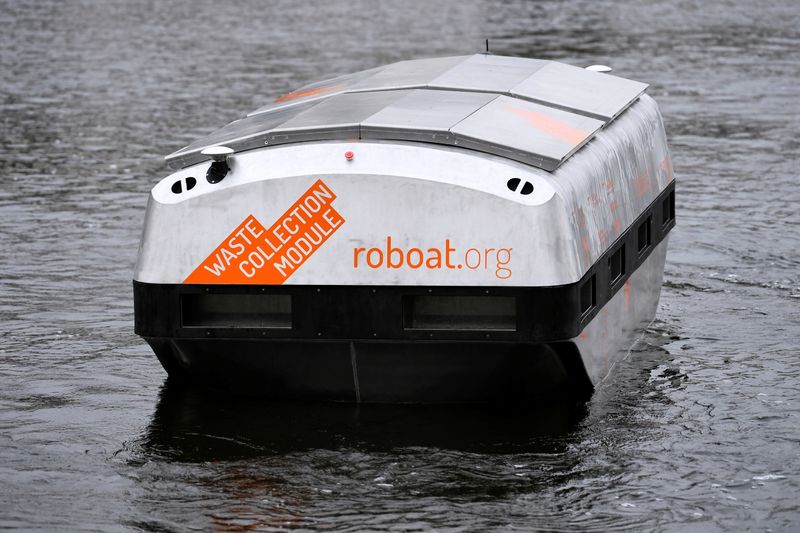 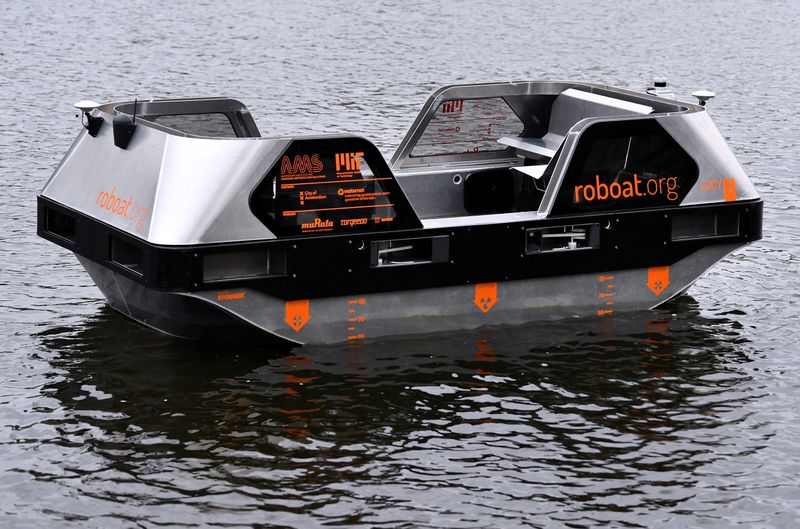 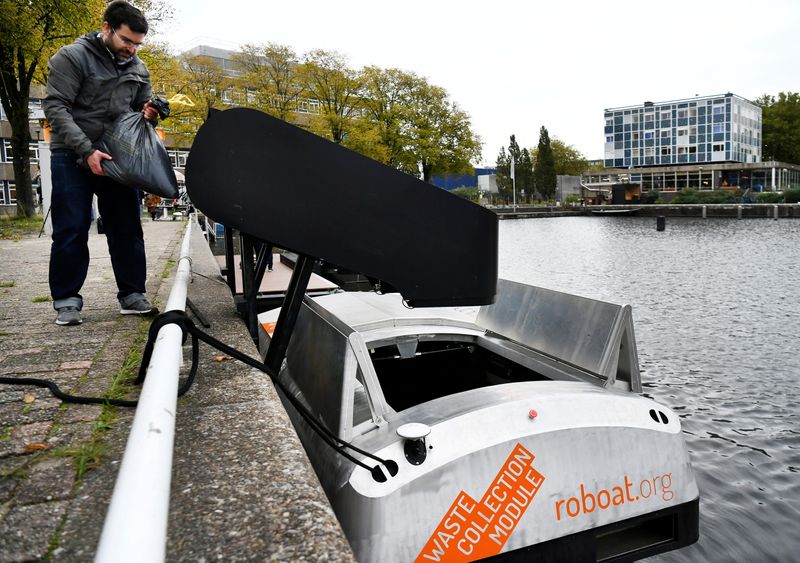 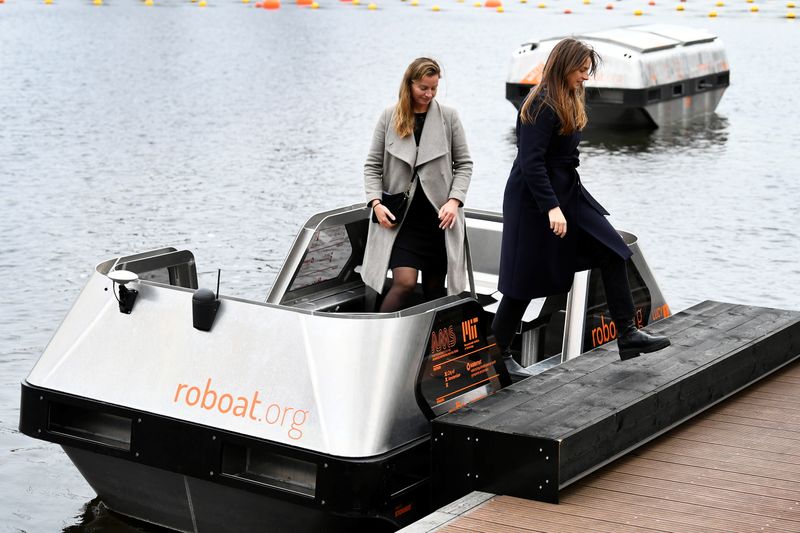