STOCKHOLM -Sweden will start offering COVID-19 booster shots to people aged 65 or older as well as many care workers and plans to gradually extend the third jabs to most Swedes in the coming months, the government said on Wednesday.

The booster shots of mRNA vaccine will be gradually extended to cover all people in the Nordic country aged 16 or older during the winter and spring, Health Minister Lena Hallengren told a news conference.

“It is thanks to the fact that so many have been vaccinated that we can live our lives a little bit more as usual,” Hallengren said. “Now we offer booster shots to 1.5 million more.”

The healthcare staff to be offered boosters included all employees involved in home care, nursing homes and assisted living programmes.

Infections remain at fairly low levels four weeks after almost all restrictions and recommendations were abolished in Sweden. Still, deaths have started to slowly edge higher after a slow summer, pushing the toll over the course of the pandemic above the 15,000 mark this week. [L8N2RL2TZ]

“According to studies, we notice a diminishing antibody effect. We saw during the summer that we had outbreaks in nursing homes,” Public Health Agency head Johan Carlson said. “A third dose provides a substantial increase in antibodies.”

Previously, people living in elderly care homes and those aged 80 or older were eligible for a booster shot six months after the second dose. Around 85% of all Swedes aged 16 or above have had one vaccine shot and 80% have had two shots or more.

In recent weeks, vaccinations have also been offered to children in the 12-15 age group though only relatively few have received inoculations so far. 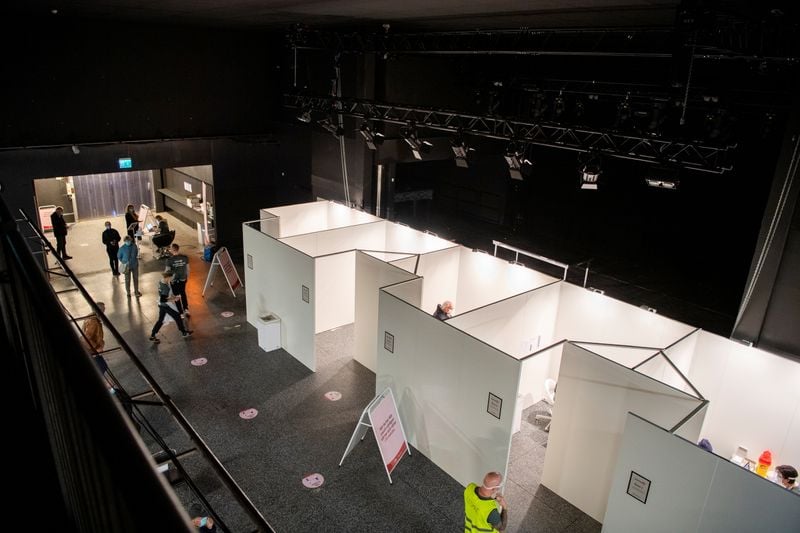