By Pavel Polityuk and Natalia Zinets

KYIV – The Ukrainian police video shows a doctor seated at his desk while a masked officer counts bundles of cash found stashed in the office: $12,000 worth in total.

The televised raid this week on a doctor’s surgery in the Khmelnytsky region is one of hundreds of criminal investigations publicised by the authorities in a clampdown on a flourishing black market in forged vaccine and COVID-19 test documents.

After a lull in the summer, Ukraine is experiencing some of the highest death rates from COVID-19 in the world.

One of Europe’s poorest countries, Ukraine lagged behind its neighbours in procuring vaccines earlier this year. Now, as in other former communist states in eastern Europe, it is struggling to persuade a sceptical population to take them.

Only around 7 million Ukrainians out of a population of 41 million are fully jabbed against COVID-19 and surveys suggest around half of adults do not want to be vaccinated.

The government has made the shots compulsory for some state employees, and unvaccinated citizens face restrictions getting into restaurants and sporting events. The new rules have prompted more people to get vaccinated but also provided more incentive for those who do not want vaccines to get fake ones.

Tetyana Mykhailevska, head doctor at the infectious diseases department at Kyiv hospital number 3, said fake vaccination certificates were prolonging the pandemic, and buying them was “now probably the worst crime committed against the country and our society”.

“We are tired of this pandemic. We want to be ordinary doctors. I am, for example, a cardiologist. I want to be a cardiologist, not a COVID doctor. I want to have a good sleep instead of answering night calls by my terrified patients,” she told Reuters.

Vaccine hesitancy predates the pandemic – it contributed to a measles outbreak in Ukraine in 2019 when a black market in fake certificates also thrived. A poll in August by the Ilko Kucheriv Democratic Initiatives Foundation said 56% of the population did not plan to get vaccinated against COVID-19 soon.

In the city of Sumy in north-eastern Ukraine, law enforcement caught a man hawking fake vaccine certifications on social media. For a fee of 3,000 hryvnia ($114), he would arrange for a doctor to enter people’s names as vaccinated on Ukraine’s national database, a statement by the prosecutor general’s office said.

In a separate case in the town of Chernihiv, police said they caught a 52-year-old travel agent selling fake certificates for $250 each and producing about 20 of them a day.

The Ukrainian border guard service says it has found 350 forged certificates since August. There have also been instances of people buying fake vaccine certificates and then later wanting to get the real vaccine, a doctor at a Kyiv vaccination centre told Reuters.

“Ukraine has been close to drowning in forged vaccination certificates,” Deputy Interior Minister Yevhenii Yenin said, warning those found guilty would “not escape punishment. Do not become coronavirus accomplices. Get vaccinated.”

But some Ukrainians are still not planning to comply.

“If there is a question of choosing vaccination or dismissal, I will either try to buy a certificate or leave,” said Olena, a Kyiv resident who gave only her first name. 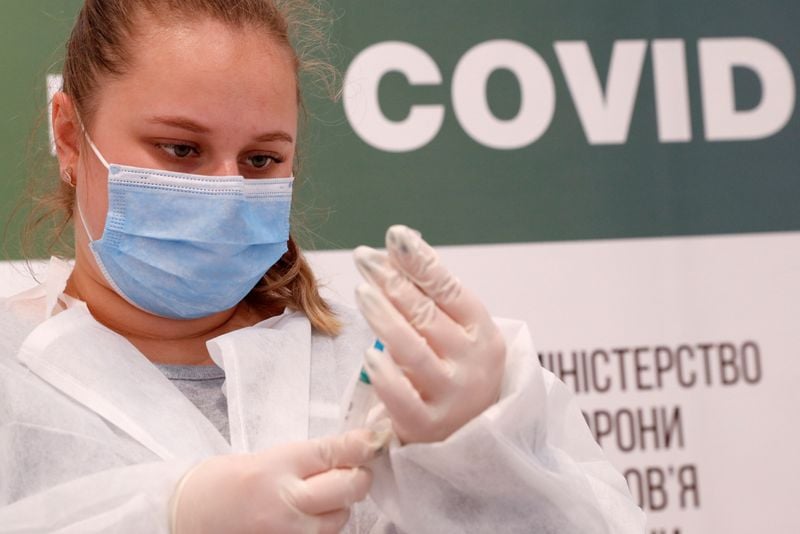 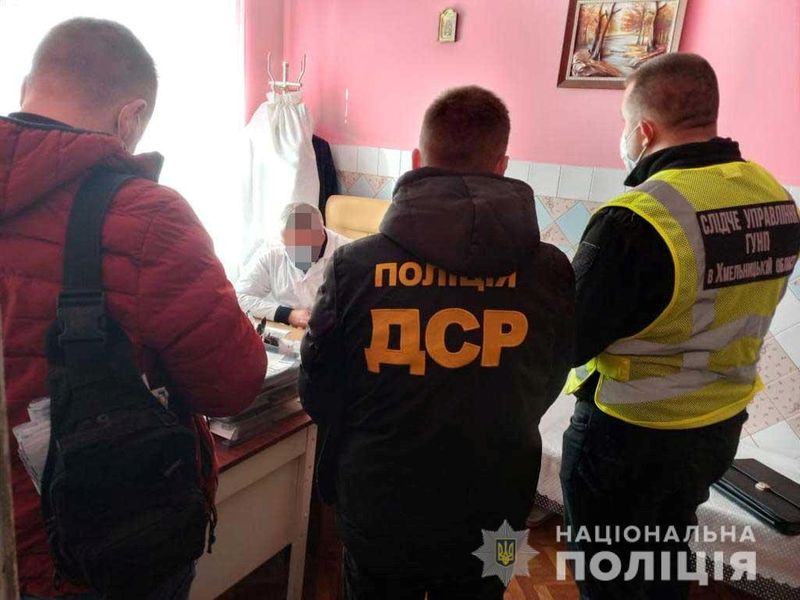